When we’re trying to get to the root of a problem at work, we like to employ the “Five Whys“. Somebody just keeps asking why about five times and it’s amazing what you can discover. You get past the obvious problem and blow through the excuse to find something that might actually be addressable to prevent it in the future.

If you have a two year old, you probably wish it stopped at five. Elijah is a master of the five (or 500) whys. I know I did the same thing when I was young and I try really hard to answer him legitimately. I want to cultivate his curious mind, but wow, it can be a trying ordeal to hear why over and over and over again. On the flip side, it leads to some intersting, albeit one-sided, discussions. 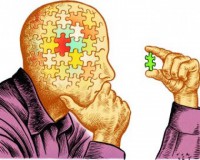 How often have you seen a study which states “People who eat X have fewer occurrences of cancer”? If the study says that, the article usually says, or at least implies, that you should eat less X to lower your risk of cancer. Once you notice this pattern, you’ll see it EVERYWHERE. It’s a classic example of mistaking “correlation” for “causation”. Just because people who eat X get cancer less often does not mean that you can CAUSE yourself to have a lower risk of cancer by not eating X. It could be a multitude of other factors. Maybe people who don’t eat X also work out more, maybe they have less stress in their lives, or maybe it’s a combination of a dozen traits. I’m using the food thing as an example but it’s a popular mistake in articles about education, parenting and climate change too.

I often think about what it’s going to be like for Elijah to learn as he goes through school. He’ll have the entire knowledge of humanity at his fingertips. Learning facts is probably not as critical as it was when I was in school. But I think topics like correlation vs causation and recognizing those mistakes in texts will be much more important for him. He needs to be able to sift through the mountain of information to find actual facts that he can use.

I still don’t know how to teach him that skill, but knowing it’s a problem is half the battle, right? It’s probably a combination of logic, fact checking, basic statistics and a few other skills that I haven’t thought of yet. Hopefully I figure it out soon.