A couple of our neighbors have pretty successful raised garden beds, and this year, Tyla and I decided to jump on the bandwagon. There’s a natural spot for them where the cherry trees used to be beside our driveway. It’s even plumbed for drip irrigation already.

This was the first time I’d ever built boxes like this but I used our next door neighbors for inspiration. It’s basically two 2×8 boards stacked on stop of each other with 4x4s as the corner. I dug down to level the boxes out and then pounded 4x4s into the ground to keep the boxes in place. The ground was very soggy so all of that was pretty simple. The hardest part was just keeping the box aligned correctly. It was rainy pretty hard for most of my project so I skipped a lot of the steps that probably would have saved me time like staking a line to help keep everything straight. Elijah thought it was a pretty fun project and helped for a bit before it got too wet and he went inside. He was the smart one because I ended up soaking wet. I finished them off with 1x4s around the top partially to hide my mistakes and also as a place to set tools and sit down while weeding.

I used cheap pine for this. I didn’t want anything treated since I’m not sure that is food safe. I should have probably used cedar but that was about $250 extra and I wasn’t willing to pour that much money in. We’ll let these go for 5-10 years until they rot and by then I bet I’ll have other ideas anyway.

The next step is getting the drip irrigation plumbed to the right spots and then filling the boxes with dirt. 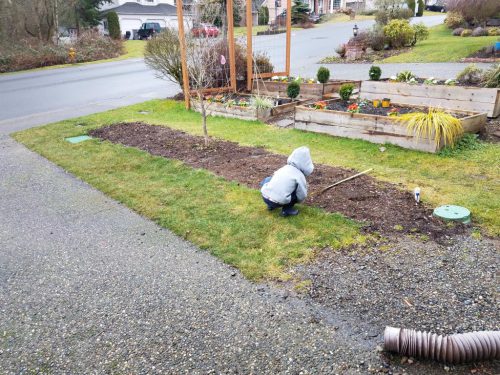 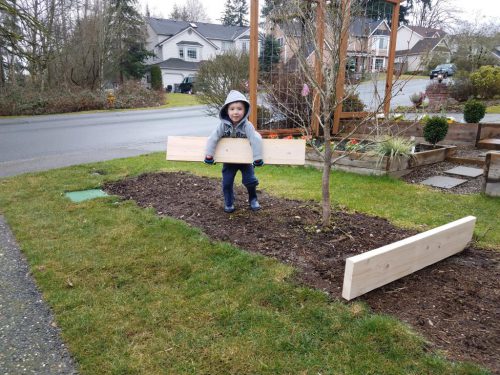 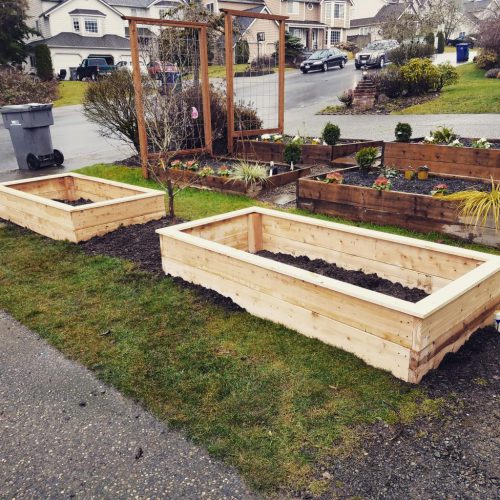