Tyla, Elkijah and I spent a week in Indiana with my family. We had a fantastic time! The weather was great and, unlike our Christmas trip, Elijah was healthy. We crammed in a ton of activities and spent most afternoons in the pool since it was quite hot. Posts over the next few days will highlight some of our activities.

One of our first stops on the trip was at the Hesston Steam Museum. We bounced along back country roads for about half an hour until all of a sudden we ended up at a field with a bunch of steam trains and equipment. It has been operating for over 60 years. It started with a couple guys who liked steam equipment and has grown like that ever since. The facility is mostly operated by volunteers.

We focused our attention on three of the trains they have in operation. There’s a full size narrow gauge train, a smaller train which was just big enough for us to squeeze into the caboose and a tiny train where you ride on top of the cars. That tiny train was all of our favorites and we rode that one twice.

It’s a pretty impressive place in a pretty unlikely spot, but if you’re ever in the area, it’s worth a visit. 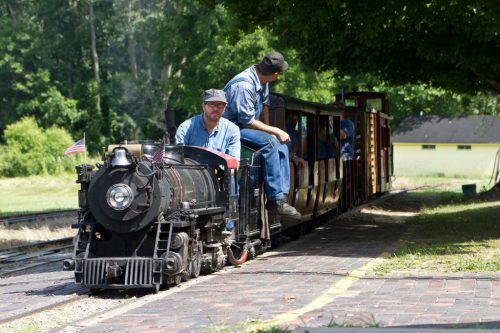 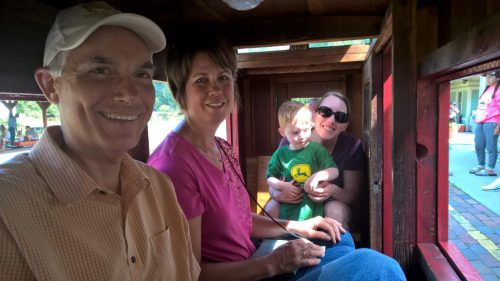 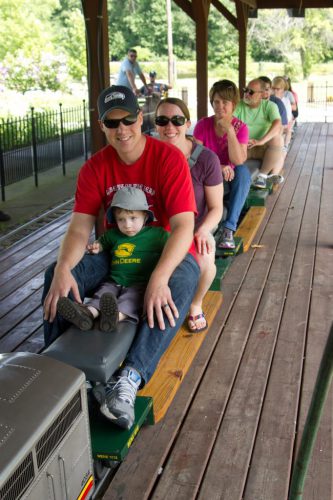