We have four bedrooms in this house so two of them were relatively unused. One was Tyla’s craft room/workout room and the other was the guest room. We decided to flip flop the rooms and while we were doing that, we might as well paint it. Those are two of the last rooms in the house that have original paint on them (one other is the formal dining room.)

Tyla did a bunch of research and came up with a color scheme. I did the grunt work of painting the room, painting the door (it was a weird off white color), and installing shelving in the closet. And then Tyla got the room all put together. Teamwork! We finished the project pretty quickly by working in the evenings after Elijah went to bed and it was done in time for my parents when they came to visit.

I’ll skip the before pictures since they basically just show white walls, no curtains, and no shelves. Here’s what it looks like now! 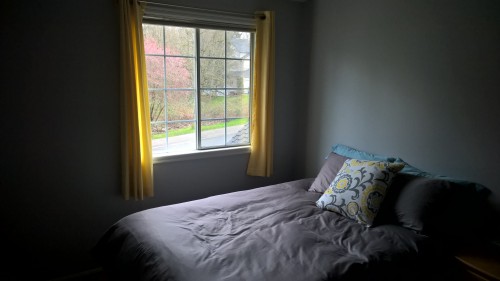 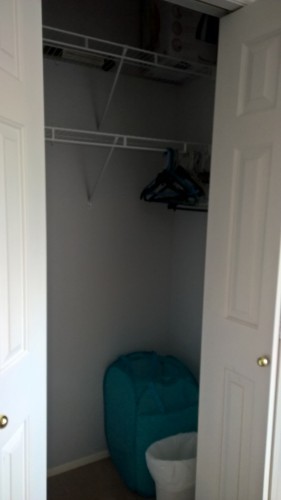 This project is done enough for now but we have lots more that we would like to do. The room could use a mirror and some wall hangings. I also want to build a nightstand, a dresser and maybe even a bed. This would be a good room for me to practice my woodworking skills since it’s not generally in use and we can get by with it the way it is now.