A while back, Ken heard about a nice/safe/legal place to shoot out on some federal land. He was nice enough to take Logan and I there and reveal its secret location. We got there around 10am on a Saturday and there was another group setting up. Thankfully, they were friendly and very safety conscious. We had a safety meeting with them before any shots were fired and agreed on some protocols to make sure the day stayed fun for everyone. Aside from making the shooting area a little more cramped, they didn’t bother us at all.

Logan and Ken provided all of the guns and ammo. I can’t even tell you the names of everything they had, but I had fun shooting them. I brought along my shotgun but with the other group there, we decided not to throw any clays.

I snapped a few photos with my camera and also brought my quadcopter along. I figure if we’re going to participate in an activity that needlessly frightens big portions of the population, I might as well throw a DRONE into the mix too. The quadcopter was a little unbalanced producing some jello-y footage. I forgot to set it on 720p60 instead of 1080p30 which would have produced a little smoother video. But it’s still fun to see the site from the air and I popped it up a couple hundred feet high to take a peek around.

Thanks Ken for showing us your secret spot and thanks to both Ken and Logan for letting me play with all their toys! 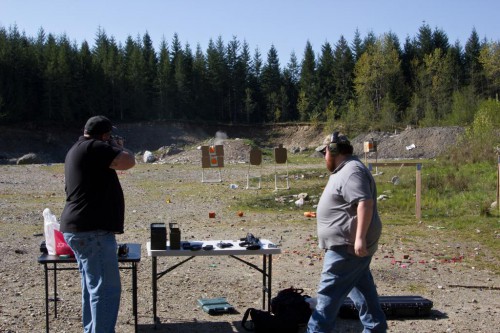 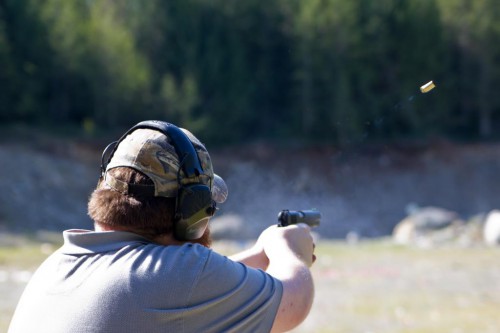 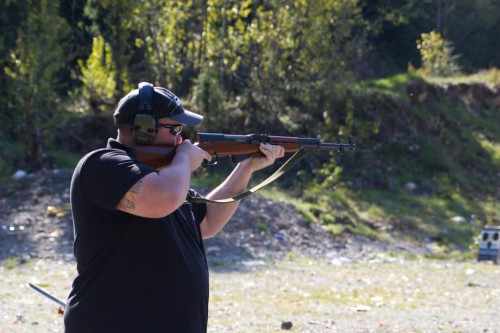