Yesterday was a big day for Tyla and me. It was our first time out of the house without Elijah! As a thank you for some stuff I did at work, one of the directors gave me some very nice tickets to Safeco. It worked out well to have Tim and Chelsea babysit after church so we went for it.

It felt weird leaving the house without Elijah, but it was a great afternoon. The tickets were for the “All Star Club.” I didn’t know what to expect but we got VIP parking and a private entrance into the game. It looks like they took about five or six of their private boxes and combined them. There’s a huge buffet and private bar set up. Food and non-alcoholic drinks are included with your ticket. Tyla and I stuffed ourselves! There are only three rows of padded seating and Tyla and I had front row tickets. It was quite the experience!

When we got home, Tyla ran inside and … Elijah hardly seemed to have noticed that we were gone. Chelsea said he was a little confused when he woke up from his nap and we were gone but he never cried and they had fun playing together all afternoon. A HUGE thanks to Tim and Chelsea for giving up their afternoon for us! (And thanks to everyone else who has offered to do the same thing for us in the past even though we’ve never taken advantage of those offers!) Hopefully this is something we’ll get to do a bit more going forward. 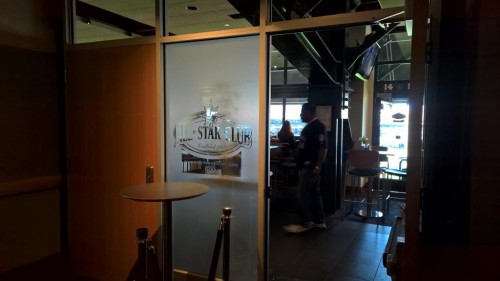 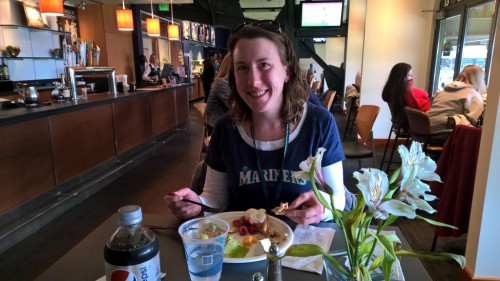 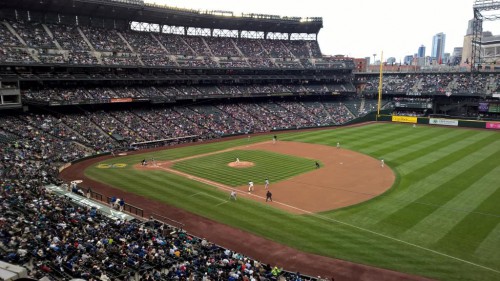 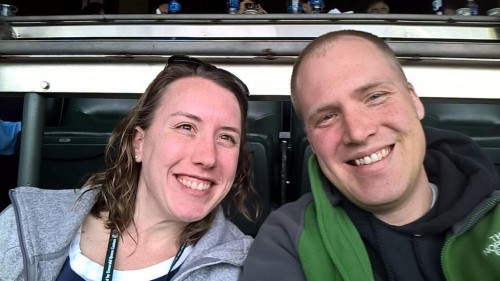