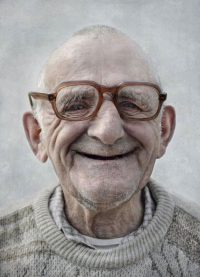 I wanted to do a post about how rapidly the average lifespan is increasing but it turns out it’s really difficult to find datasets that agree. There are also a lot of complexities around measuring this. Are you measuring life expectancy at birth or only after people reach 21? Do you live in a developing country? How wealthy is your family? Over time there have been different factors that increased or decreased death rates in different age groups so you probably really want to trend the probabilities of death by age X over time.

I’m too lazy (and probably unqualified) to do a bunch of research into all these studies to combined their findings, but here are some hand-wavy data points:

There are even some really wild predictions out there saying things like the first person to live to 200 is already alive today, but I’ll avoid those for now.

It’s really interesting to think about how this dramatic increase is affecting many social norms and programs. For example, the average retirement age is going to have to increase and how will social security and medicare ever keep up with that many elderly people? What will the world be like when the average life expectancy is 100? We aren’t very far away from that…

If you want to pick one single resource to peruse, the best one that I found is from the US Department of Health and Human Services: https://www.nia.nih.gov/sites/default/files/global_health_and_aging.pdf

One thought on “Average Lifespan”