BrickCon is a big Lego convention held in Seattle every year. Tyla and I attended in 2009, but I haven’t been back since. This year I thought that Elijah was old enough to get a kick out of it and Logan was interested too so we headed into Seattle to check it out.

It was busy in 2009 but wow it was PACKED this year. It was pretty difficult to keep Elijah interested when we were two or three people deep just to see the displays. I had to keep him on my shoulders for most of it.

We only lasted an hour before he was done, but we were able to quickly scan most of the displays. It is incredible how much time and detail people can cram into these creations. You have to look so closely to see it all.

I imagine this won’t be the last time we go, but next time I think I might try to go a little later in the event to see if the crowds are a little slower towards the end. 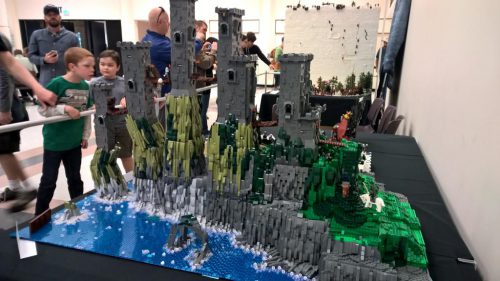 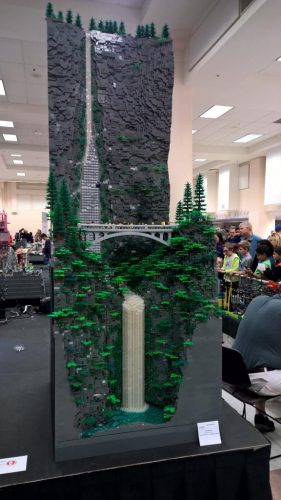