I bought my first film SLR a few years before digital cameras were a big thing. It didn’t take long for that to feel obsolete and I sold it. My digital SLR has gotten a LOT more use (over 30K photos taken so far), but I’m at the point where I’m finding fewer and fewer uses for it. The camera on my Galaxy S7 is incredible.

Camera phones have slowly been replacing our big camera for a long time, largely because of the huge convenience factor. Some of the previous phones have had reasonable cameras, but this S7 camera is quite a big step up. Many camera phones do well in bright light, but this one even does a great job in low light situations. A prime example is this shot that I took long after sunset when we were camping.

The camera app on the Galaxy S7 even has full manual controls. I can control ISO, shutter speed, aperture, white balance and more while storing the image in a full RAW format. That opens up a huge range of shooting options. 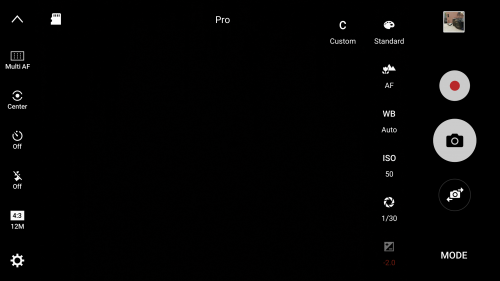 The dSLR is still my choice for action shots, zoom shots or when I really want to make sure I nail the picture, but when I forget the big camera, I don’t feel that sense of dread that I used to. How much longer before it starts collecting dust on the shelf?