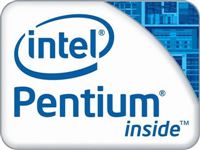 As I rebuilt the server a while ago, I started thinking back to all the computers that I’ve ever own. Here’s my attempt to list them out along with estimated prices. This should be good for a laugh in 20 years. Aside from the first computer, none of these prices include monitors. This list only includes computers that I purchased new, not used ones I bought or was given.

This last desktop computer from 2012 is still plenty fast and I would be very hard pressed to find any excuse to update it. Maybe once we start seeing 8 core CPUs then I’ll make the jump.

Our current laptop (the HP), on the other hand, has been a pretty big disappointment. It’s my fault for being cheap. I bought the most inexpensive laptop with a touchscreen that I could find and yikes, it’s not great. The biggest flaw is the 5400 rpm hard drive that you can’t replace without tearing apart the entire machine. If I could just put an SSD into it, it would probably be fine, but I’m not very confident that I’d ever get the machine physically back in one piece after installing it. We’re trying to eek out two years with it but hopefully it will be replaced soon and I will not be going cheap.

It’s fun to look back at the performance/price ratio even in just 16 years. Moore’s Law is alive and well!

[UPDATE] Changed Murphy’s to Moore’s. Thanks Jim. Although accidentally typing Murphy’s makes it a true statement as well.