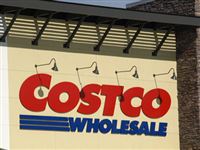 I recently filled up at the Costco gas station in Issaquah. They have done some major improvements since the last time I was there, adding 8 new pumps and improving the parking situation. An impromptu chat with the attendant revealed some interesting info.

Before the upgrade, they were the 25th busiest Costco gas station. After the upgrade they moved to #2. They increased their fill-ups by about 300 per day. The busiest Costco gas station is in Hawaii. However, during the week of December 9, the Issaquah Costco station sold 5000 more gallons than the Hawaii station, but the Hawaii station still won for total money since the price of gas is higher out there.

It would be very interesting to see the revenue numbers behind the operation. How much cheaper can they buy the gas for than other gas stations? Could anybody open up a gas station and sell gas for that price and be successful as long as they sold enough? Who knows, but I do like getting my gas for ~$0.20 cheaper than other stations!