The entire west coast is having a very tough ski season. Total precipitation has been close to normal but we’ve had above average temperatures all winter. The meteorological features that are freezing the east coast are baking the west coast. The last couple years my plan has been to just pick a couple great ski days instead of going more often throughout the winter. Finally I decided that if I was going to wait for that to happen this year, I probably wouldn’t go at all. So last week I took a day off in the middle of the week and headed to Crystal to survey the carnage.

The first thing I noticed was that there was almost no one on the road with me. Even for a midweek ski day, the road is usually a line of cars in a long parade to the mountain. This time I only saw one other car. I arrived at the parking lot 10 minutes before the lifts opened and easily parked right in the front lot which I have NEVER done before even when arriving an hour before the lifts opened.

The base area had more grass than snow and the ride up the gondola didn’t change that much until we hit about 5500-6000 feet. However, once we got to the top, the coverage was actually pretty good, or at least it was better than I was expecting. Once the snow softened up, you could venture off the groomed trails if you took some care. Rock skis are a must as it’s nearly impossible to ski to the bottom of the runs without dodging rocks and there are places where you have a to carefully follow a path of snow that is just a few feet wide. Nobody is allowed (or able) to ski to the bottom of the mountain. You have to download on the gondola. Only the lifts on the top half of the mountain are open.

It’s not a pretty situation but everyone I rode the lift with was having a good time and enjoying it for what it was. The skies were perfectly clear and the views were amazing. It was worth the lift ticket just to remember how incredible the mountains look on a day like that. Sure, this isn’t a normal year, but there’s still plenty of fun to be had. You just have to go with the right mindset. 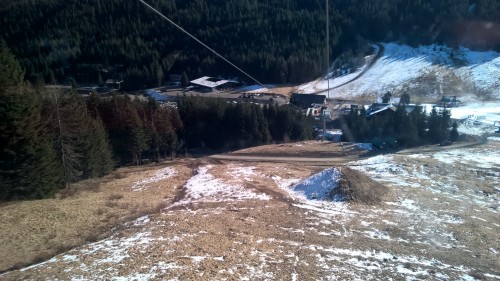 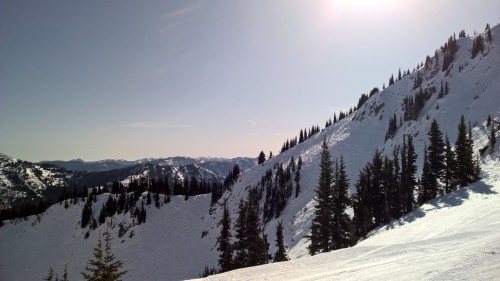 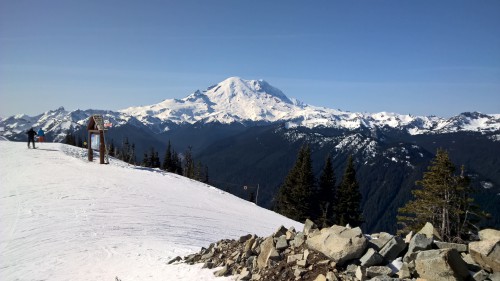