Elijah loves playing with anything that has a latch or a knob. We also want to teach him about his relatives. I decided to combine the two into a homemade toy.

I started with a piece of 1” thick, 12” wide common board. I cut two pieces about a foot long. Out of the top one, I cut out four holes that would match the pictures. I thought I’d use the scroll saw that Tim lent me, but I had to cut a pretty big hole to start the blade and I wasn’t very good with the scroll saw. I decided to go with a jig saw instead but that still required big holes in the corners to start the saw. It wasn’t ideal but it worked.

I laminated the photos (as you can see there are quite a few bubbles in the lamination which was another mistake) and then I glued the two boards together with the photos in between. I used the table saw to trim up the four sides of the glue together boards, routered the edges with a roundover bit and then sanded it all down. Everything got two coats of polyurethane and then I attached the hinges and latches. Voila!

As with just about every project I do, there are so many things I could do better the second time around, but Elijah loves it as it is. 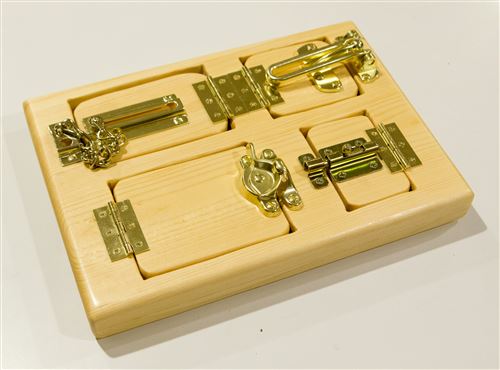 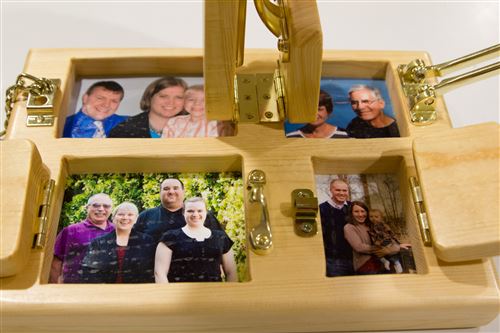