For my entire life, major holidays have always been celebrated at someone else’s house. This Easter was the first time that the big holiday meal happened at our house. What to cook?

I wanted to have a full table but also not stretch myself too thin so the plan was:

My plan was to focus on the ham and keep the other stuff simple. Mom gets credit for finding a good ham recipe that used a grill. I liked this because grilling is fun and it kept the oven free. In retrospect, the stuff that went in the oven would have been fine at the same temperature as the ham so I think next time I’d do it there.

It was raining for much of the cooking time and it was a little tricky keeping the grill at the right temp as the rain came and went. It took a little longer than I thought, but eventually the ham made it up to the right temperature and I ran out of basting juice. The result was pretty good, but I think most of the credit there goes to the butcher who sources some great ham. There were plenty of people around to help with the side dishes and everything came together nicely. It was a full house with Don, Nancy, Logan, Megan, Ken, Dad, Mom, Tyla, Elijah and myself. 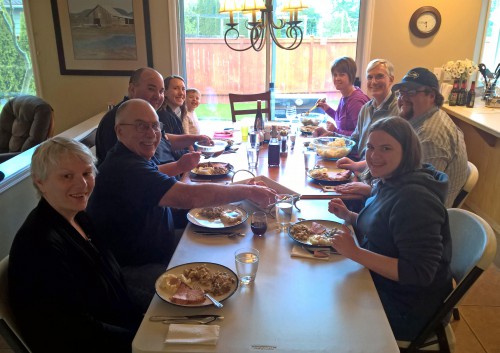 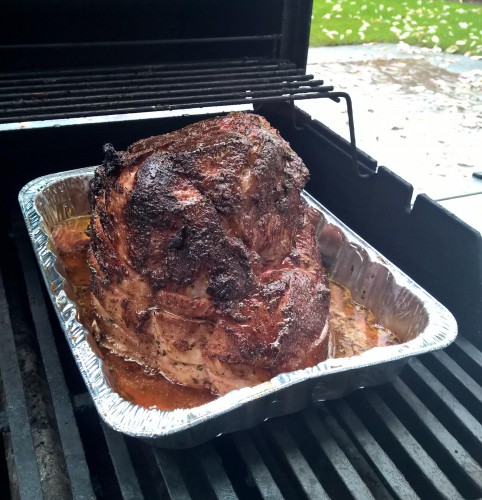