We had a spell of exceptionally cold (for this area) weather. Daytime temps were barely above freezing, and it dipped down into the low teens at night. After a few days of this, I was outside and noticed a big ice formation growing from one of my hose bibs. Oops. There’s a shutoff valve inside the garage, but I forgot to flip that this year and the entire valve froze along with much of the pipe leading up to it. 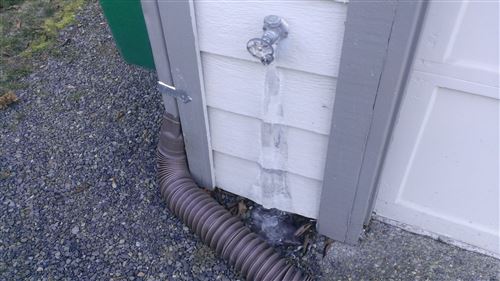 Thankfully nothing broke but I wanted to get it thawed before anything bad happened. So I wrapped a rag around the valve. Then I hooked a hose up to my tankless water heater and ran it out to the frozen valve. (Thanks to Brent’s guys for adding this valve right by the water heater! It has been incredibly useful!) The hose I connected is the white one on the left side of this photo. 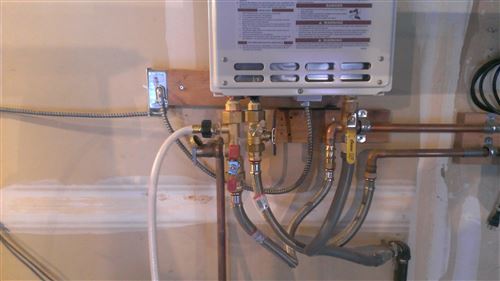 After a minute or two, the ice started to break up and eventually I was able to turn the valve and get water to flow again. Phew! Hopefully I won’t make this same mistake twice. Next time I might not be so lucky.