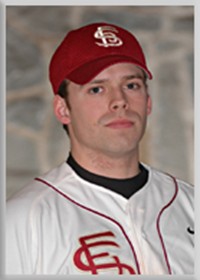 Congratulations are in store for Andy Campbell who was recently inducted into his college’s hall of fame! He holds the career record for hits and runs, but if you look at the career leaders page, you’ll see his name in the top 10 for all of the offensive stats except sacrifices.

It made me wonder who was in the Purdue Hall of Fame so I checked it out and discovered that Travis Dorsch was inducted this year. He was the kicker on our football team while I was there and we had a German class together. I will always remember him for one thing… My Junior year was the year that Brees led Purdue to the Rose Bowl. There was one game that season that ended with Dorsch walking off the field over to the front of the student section and flipping us all off for giving him so much flak about his critical misses in previous games. Classy. Around that same time, someone made a huge chalk sign in the Engineering mall that said “Dorsch is German for wide right.”

I was initially surprised to not see Ryan Newman in the Purdue Hall of Fame, but I guess it’s because racing wasn’t an intercollegiate sport. He was an up and coming ARCA and Busch series racer while I was there and I remember him being on campus at least once with his race car.

But anyway, back to the main point, kudos to Andy! I hope that the induction ceremony is a lot of fun!