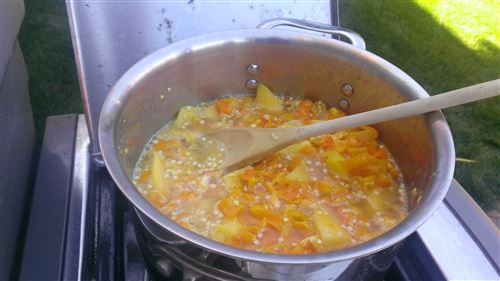 Last year about this time, some of the guys came over and we made our first batches of hot sauce. The second one we made was called Agent Orange and that ended up being pretty good.

When my birthday rolled around last month, we decided to make another batch. This time we modified the recipe to use only mangos and drop the papaya. Logan dubbed it “Yellow Fever” and it’s delicious! The recipe is in that original post so feel free to use it, modify it, and make your own recipe. However, I do recommend that you make it outside. We use the side burner on the grill. The fumes are intense! Oh and you should wear gloves when you’re cutting all those habaneros or you’ll get a pretty good rash/burn on your fingers.

I used to work with a guy from the Caribbean who made fantastic hot sauce. I haven’t gotten any hot sauce from him lately, but he did give him his (very vague) recipe. Logan, Andy, Tim and I decided to spend an afternoon trying to make our own hot sauce. Thankfully we were smart enough to do it outside on the side burner of the grill to avoid turning the house into a warzone.

Our first attempt used an equal mixture (by weight) of unseeded habaneros and papaya. It was HOT. Logan named this one “Devil’s Tears.” For our second attempt, we dialed back the peppers into a 3 to 1 mixture and included some mangoes with the papaya. That one is still quite hot, but if you enjoy hot sauces, it’s not too crazy to eat. Logan named that one “Agent Orange.”

We ended up with a lot of hot sauce between the four of us, but I think we’ll convene again at some point to try and make it even better.

The recipe that follows is for Agent Orange. If you want to try Devil’s tears then just adjust the weight of fruit to peppers. 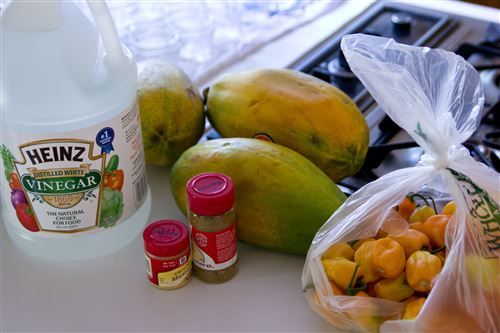 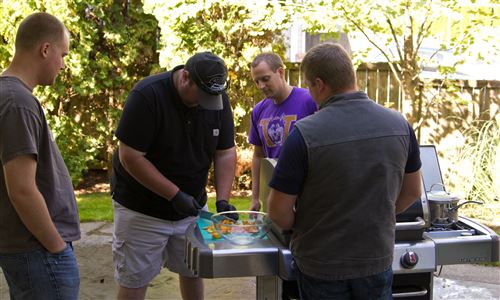 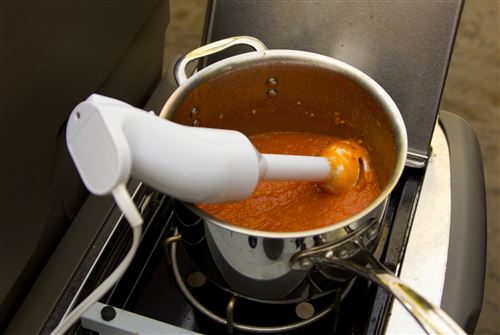