In 2010, Tyla and I attempted to drive up a forestry road off of the Mountain Loop Highway but got turned around by snow. This past weekend, I finally got to attempt it again. Logan, Tyla, Elijah and I headed up there to hike to Coal and Independence Lakes.

The drive up the forest road is one of the highlights of the trip for me. It’s not for the faint of heart (or the low of ground clearance.) Much of the road is a single lane with no space for two cars to pass unless one is willing to plunge many hundred feet down the mountain. I was happy to have plenty of ground clearance though we never needed four wheel drive.

We parked at the first parking lot, walked up the trail and immediately found Coal Lake. There wasn’t much to see because the whole mountain was enshrouded in a cloud. That’s when I looked at the map and realized that we hadn’t actually hit the end of the road where the Independence Lake trailhead is, so we hopped back in the truck and drove a couple more minutes to the end of the road.

It’s only about a mile to the lake, but it took us ~40 minutes because Elijah had a tough time climbing up and over all the big rocks and roots that were in the trail. On the way back, I carried his hiking pole and we made it back in just about half the time. I think he gets distracted by where to place the pole sometimes.

Independence Lake was disappointing as we couldn’t see anything due to the fog/clouds. The trail goes on to North Lake but that’s not something Elijah would be able to handle so we had a little snack and turned around.

I don’t think Elijah was all too thrilled but I enjoyed it. I loved being on a hike that wasn’t crowded with people in flip flops carrying tiny dogs. I want to go back again on a clearer day and hopefully make it to North Lake as well.

A few pictures are included below along with our dashcam video of the drive up the road. 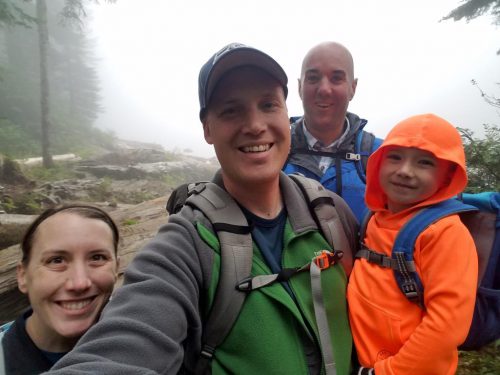 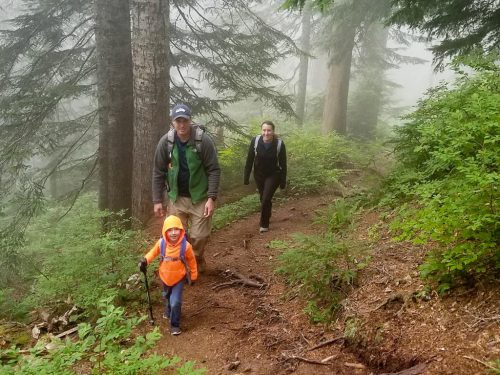 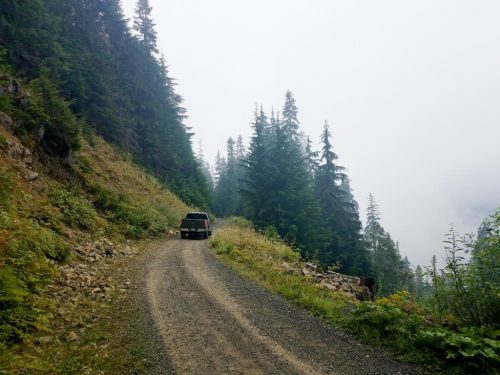