Our hike up to Camp Muir is getting drawing near. Logan and I have been doing quite a few hikes this summer to prepare and last Saturday it was Lake Melakwa. We had originally planned to attempt to get to Mailbox Peak (one of the hardest local hikes) but given the smoke, we decided to do something that didn’t require clear skies for the payoff at the top.

It’s a good thing we switched to Lake Melakwa. Even though the smoke had started to blow out of the area, there were a lot of clouds and even a few raindrops on our windshield as we drove there. (We haven’t had rain in 56 days!) Mailbox Peak almost certainly would have had a disappointing view at the top.

We left my house at 6am, hoping to get to the trailhead before this incredibly popular hike got super crowded. The early start paid off. We hit the trail at about 7:10 and we were the first ones up it. That meant we got to clean out the spider webs but it also meant that we didn’t see a soul until we got to the lake!

The hike was gorgeous. I can see why it is so popular. You cross Denny Creek a few times both with bridges and without. You walk under the enormously tall I-90 raised roadway and there is a fairly tall waterfall. Even if you just went a mile up the trail to “waterslide rock” to let your kid play in the water, I’d still say it’s a worthwhile hike.

It’s around 9 miles roundtrip with 2500 feet of elevation gain. On the way up, I felt like the trail was relatively smooth, but on the way down I really noticed all the rocks on the upper part of the hike. It’s not nearly as rocky as a hike like Pilchuck though. And while Melakwa is the Chinook word for mosquito, we only saw a handful of bugs. There was a pretty constant light rain at times on the hike so maybe that kept them at bay.

The views on the way up were great but wow, that lake is gorgeous! We made it up in just a shade over 2 hours. We were the only ones there except for a couple overnight campers across the lake. A few groups were only 5-10 minutes behind us though.

I don’t know exactly what my top 3 hikes in the area are, but this is probably one of them. The only catch is that you really should get there by 7 or 7:30. When we left there were an incredible amount of cars there and hiking is so much better when you have some solitude! Not to mention that it’s better when you can park right by the trailhead instead of adding a mile to the hike so you can get to your car. 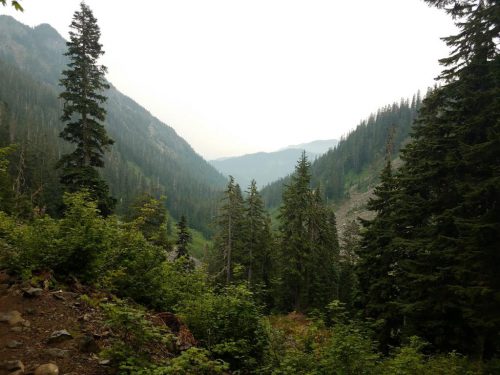 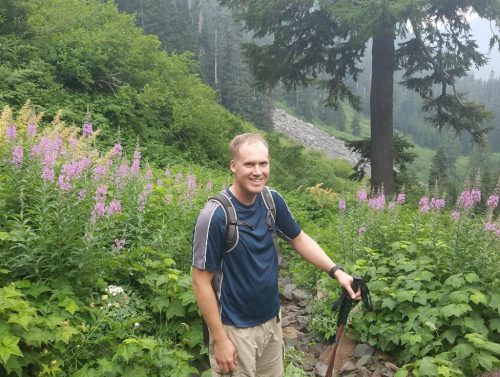 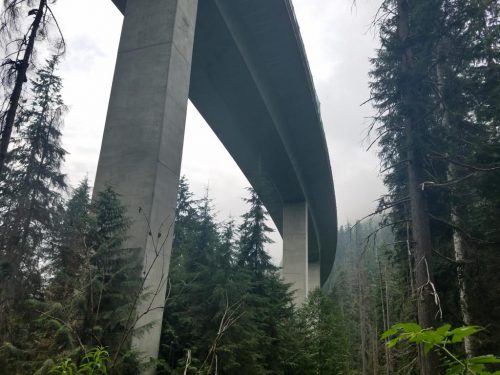 You can view our trip stats on the Garmin site. It’s a little screwed up because I forgot to stop it until about 10 minutes down the road.