Back in 2011, Tyla and I went to a sled dog race near Lake Wenatchee with Tim and Chelsea. That’s the only time I’ve been near Lake Wenatchee State Park, but a couple weekends ago, we went back with Elijah and Tyla’s family to camp at the state park.

As the name implies, Lake Wenatchee State Park sits right on the lake. We booked pretty late (only seven months in advance!) so we got the runt of the litter for campsites but they ended up being pretty nice. We were warned in advance about bugs by numerous internet reviews but thankfully we hardly saw any.

This was our first camping trip trying to sleep on cots instead of air mattresses. Tim and Chelsea loaned us two normal sized cots and I bought an ogre sized cot for myself. I think we might add a thin pad or air mattress on top of them in the future but they worked great! They take up the same space as our air mattresses did but it opens up all the space below the cots for our bags so it is a lot easier to navigate the tent. 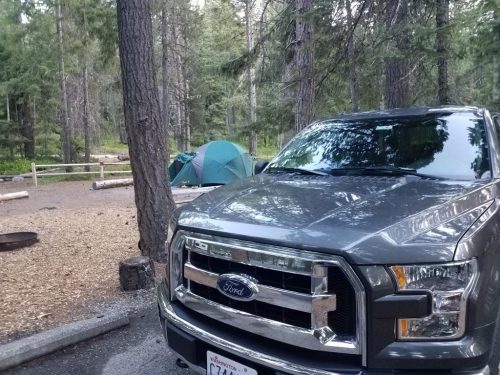 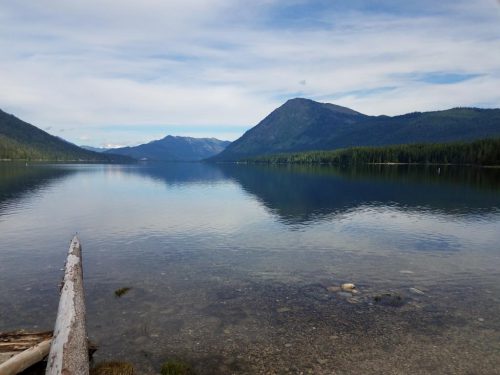 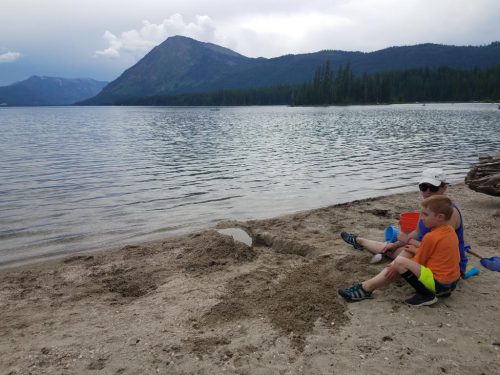