Ever since Bob Clagett made a set of magnetic hexagon coasters on his I Like To Make Stuff YouTube channel, I’ve had it on my list of projects to attempt. Father’s Day seemed like a good excuse.

I decided to use up some scraps of 8/4 maple and walnut. I resawed them down to thinner pieces, jointed and planed them flat and then glued them together. The two pieces of wood together were somewhere a little more more than 1/4″ thick.

I basically followed the instructions directly from Bob’s video so I won’t repeat them all here. I did take a little different approach to cutting the hexagons though. Instead of drawing it on each coaster, I made some marks on my sacrificial miter gauge fence and used those to make all the right cuts. That worked very well and they came out very close to identical.

Honestly the hardest part of the whole thing was remembering to alternate the magnets when I put them in. They were such a tight fit that I really couldn’t get them out once they were in. At first I was using a bit of CA glue to hold them in, but in the end, I skipped it. I think the friction will hold them just fine and with the extra time to put the glue in each hole, I kept forgetting which way to put the next magnet in. By the end I had a good system down though. Dad, if those magnets start falling out, I’ll fix them on my next trip out there.

I finished up with five or six coats of spray lacquer on each side. After some really long projects, it’s fun to watch a project come together relatively quickly! 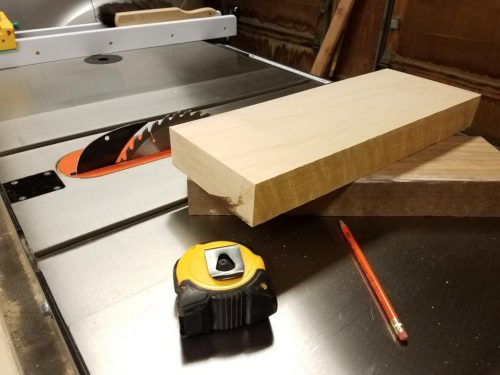 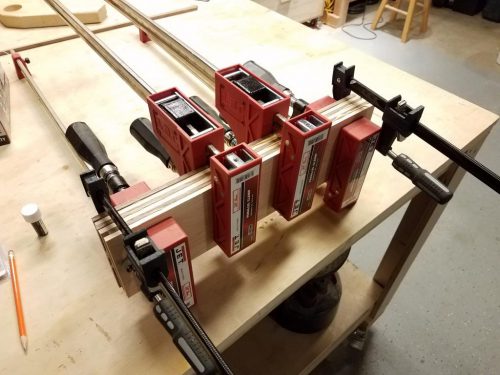 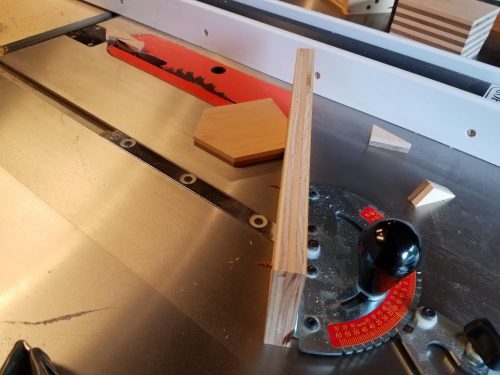 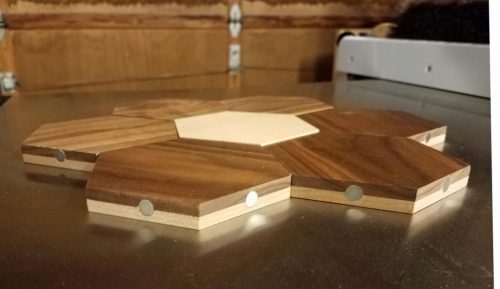