The other weekend I had to spend a couple hours at church putting up some new light fixtures. I took Elijah along with me and he quietly played with the school toys and helped me out for the whole time. He was so good that I decided to reward him with his very first trip to a McDonald’s. I don’t have anything against that place and we aren’t avoiding it intentionally, but it’s not on our regular rotation unless we’re running through an airport or something like that.

I picked out one that had an indoor play place so he got to start with his own Happy Meal and then play on the equipment for as long as he wanted. That turned out to be about 45 minutes and then we finished it off with an ice cream cone. He was a little excited about the whole thing as you can see in the pictures. He said he really liked going to “Donalds”. 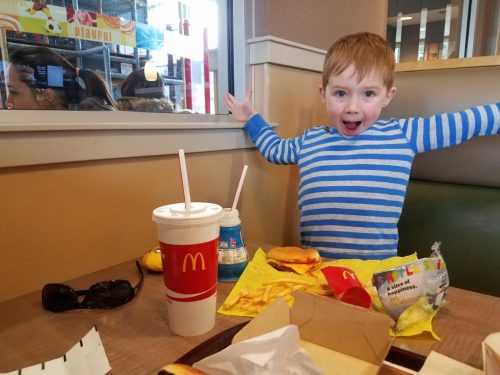 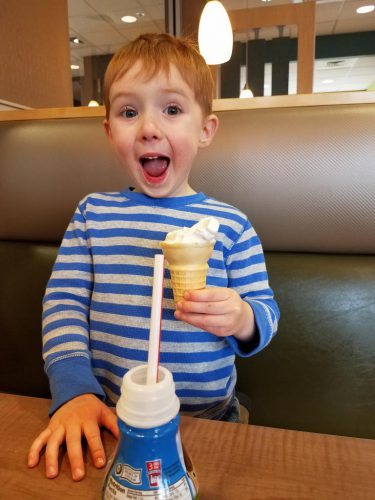