I dare you to try and buy just one security camera. That’s how it started for me. Now I have six. I might need an intervention.

The last one I put up was an “extra” that we had lying around after we upgraded one of the cameras to a newer 1080p. This old one is only 640×480 but hey, why not use it? I decided to stick it on the back corner of the house, but that meant a long cable run from my network closet and there’s also no power nearby. Power over Ethernet (PoE) to the rescue!

In your standard ethernet cable, half of the wires are unused. The PoE specification defines a common way of transmitting power over those extra wires. This means that instead of running a network cable to the camera along with installing a new outlet nearby, I just had to run a network cable.

You also need something to combine the network signal and the power on one end and deconstruct it on the other end. For the injection side, you can either get a standalone plug/ethernet jack combo thing or you can purchase a switch with PoE built in. I chose the latter since I’ll be using this more in the future. My WiFi access points are already PoE so I can get rid of the two injector plugs and switch them over to this unit. And while it’s possible to buy PoE versions of these cameras, I don’t have those yet so I had to buy a splitter for the camera end.

The hardest part was running the wire 40 or 50 feet under my house and even that wasn’t hard, just dirty and cramped. Elijah loves it when I go down there and always asks if he can poke his head in there too.

The end result is a really nice view of either the cul-de-sac or our back yard depending on which way the camera is rotated. It’s not going to do much for security, but it’s fun to see Elijah playing during the day while I’m at work or just get a little extra assurance that everything is ok while we are away. 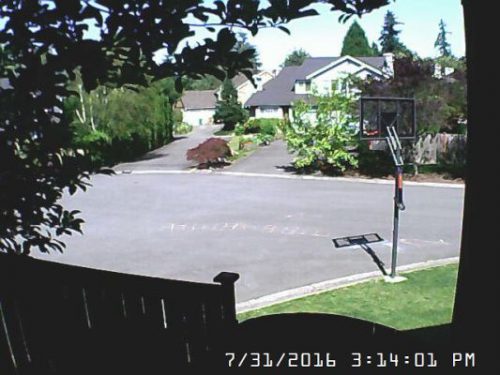 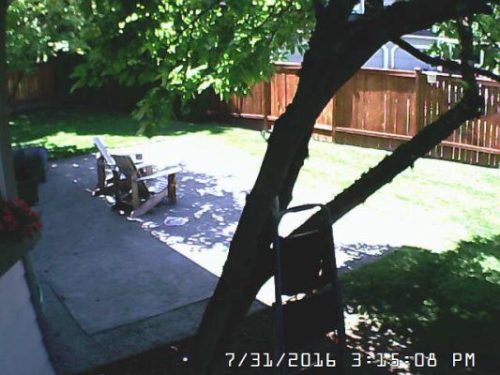 P.S. If you are interested in setting up something like this at your house, I have a post detailing my basic setup. You can get more posts by searching my site for “foscam“.