For the last couple years, I’ve been the property guy at church. Normally it’s just small tasks and general upkeep, but late last summer, I started a huge project. The church received a very large anonymous donation designated for remodeling the house that’s on the church property.

In the past, the house has been used as a place for our Pastor’s to live, a place for our teachers to live, and extra space for classes and events. It has been falling in to disrepair and that seems to have accelerated the last couple years since no one was living there.

I gathered a bunch of input from people who had lived there before and other congregation members, got bids from two contractors, and finally signed a contract. There’s way too much to cover here, but this is a small subset of the improvements we made:

I was responsible for drawing up the basic plans and work item list, but from that point I handed over the reigns. Our general contractor was Jim Lawrence of Lawrence Construction Company and I highly recommend him. We’ll hopefully be giving him a call in the future for some work on our house. He finished the project quickly and did a lot of the interior design himself which removed a lot of decisions from my plate.

It would be much better if we had more “before” pictures, but here’s comparison of the old kitchen and the old kitchen to give you a little taste of the scope of this project. 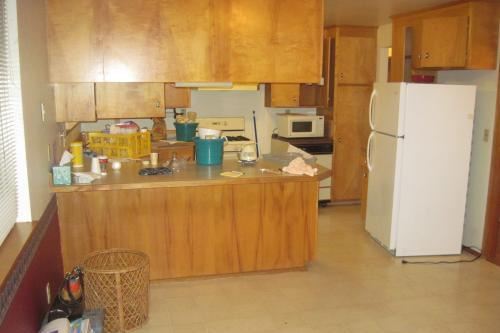 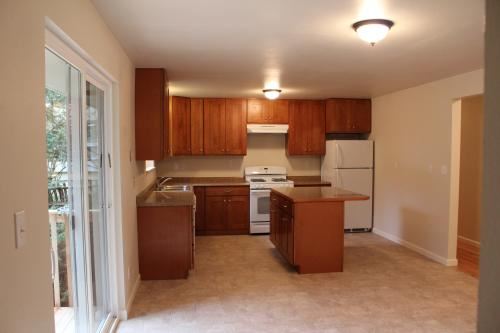