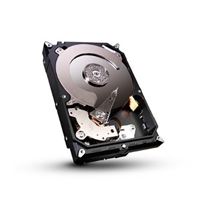 I’ve been happily using the Storage Spaces feature of Windows 8 for a while now. It lets me throw in a bunch of drives, tell Windows to treat them all as one big drive, and then tell it to make sure every file is stored on two physical drives. If one drive fails, I can replace it without losing any data.

Up until recently, I had 2 3TB drives and 2 2TB drives. I wanted to replace the 2TB drives with 4TB drives to give me some extra headroom. But how do you remove perfectly healthy drives? One option would be to just pull the plug on one 2TB drive, replace it with a 4TB and let the system repair itself, but emulating a disaster doesn’t seem like a great option.

There’s nothing I could find in the UI that would let me remove one of these drives so I opted for Power Shell instead. Check out the section of this help doc called “How Do I Replace A Physical Drive?” It implies that the UX should have a Remove option but I never saw one. The Power Shell commands worked great though. Repairing the system took hours to finish as it copied lots of data around, but I expected that. It helps to have a spare SATA and power connection to pull this off but you could also do it with a USB enclosure (preferably USB3.)

Now I’m happily running with 14TB of total space. That’s still mirrored so I have 7TB writeable. Oh and by the way, 4TB drives are getting CHEAP. I found these two for $169 each.