A couple weekends ago, Tyla, Elijah and I set off with Logan and Megan on an adventure to San Juan Island. The group of islands in the northern Puget Sound are collective called the San Juan Islands, but there is one individual island called San Juan Island. Since that’s a bit confusing, it’s often called Friday Harbor which is the main town on the island.

It’s a long ferry ride with on a few sailings per day, but thankfully you can make reservations. We snagged a reservation for both directions of our trip and that made life much easier. The boat was incredibly full with more walk-ons and bikers than I’ve ever seen before. The lady on the PA system said it was her biggest sailing this year.

Unloading took a while but we eventually made it off the boat and we headed to San Juan Island National Historic Park. If you listened to the Pig War episode of Omnibus or Stuff You Missed In History Class then you might recognize this island as the site of the famous Pig War between the British and the Americans. This end of the island is the American camp. We walked along the beach and up to the Cattle Point lighthouse.

Along the drive, I realized that we didn’t have a Discover Pass with us. That’s required to park in the state parks. Thankfully, you can now purchase them online and write your transaction number on a piece of paper to stick in your car while you wait for the physical copy to arrive in the mail. Kudos to the state park system for making that easier than it used to be!

Next we went up to Lime Kiln State Park to check out the other lighthouse on the island. Orcas pass by here fairly often, but we missed them that day. They were there around 6:30 in the morning. We walked along the shore and Elijah enjoyed crawling around on the rocks.

Then it was back across the island to Friday Harbor. Logan led us to San Juan Island Brewing for lunch and it ended up being a great choice. He and I both got flights of beer, there was a play area for Elijah and Tyla got to have oysters and clam chowder.

After lunch we parked the truck in the ferry line, walked around to find some ice cream, and then snagged a puzzle table on the ferry ride home. It was a long day and lots of traveling but it’s always fun to get up there and see the magnificent beauty. 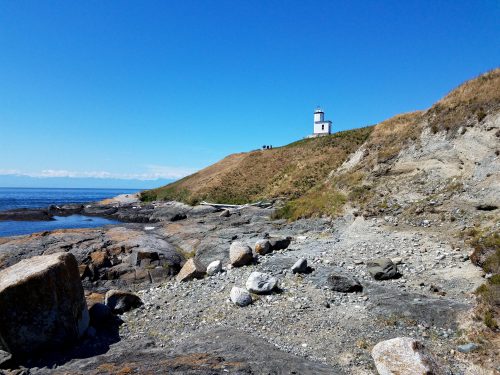 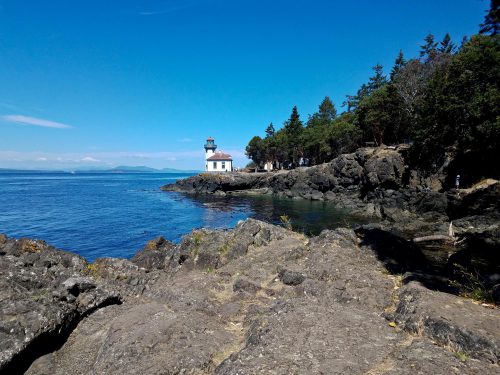 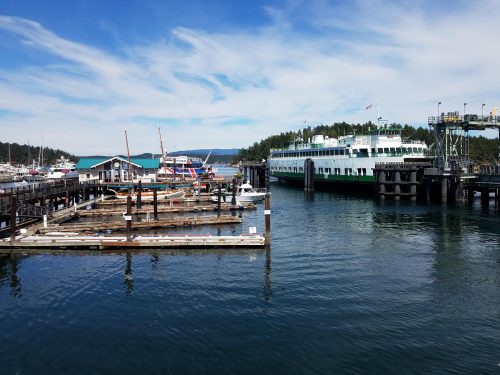 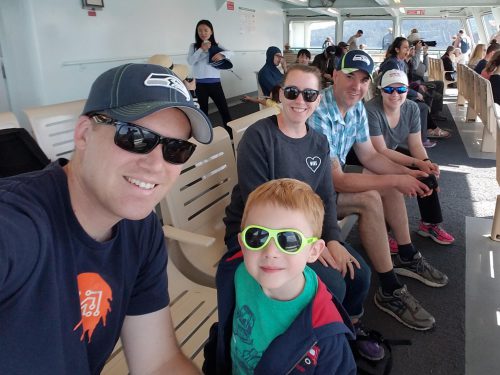 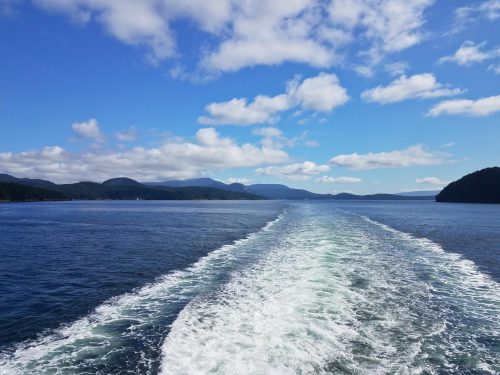 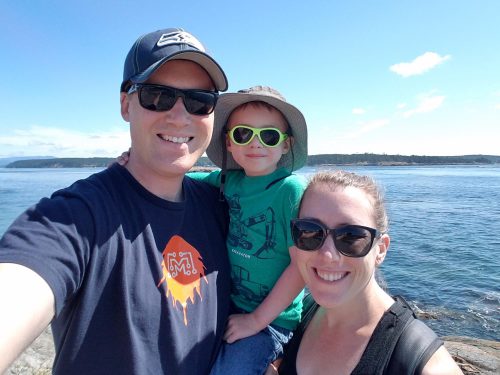