I posted about this one before, but I’m loving “The Q” YouTube channel. He is making loads of interesting stuff out of cardboard and cheap materials. This is an awesome channel for kids of all ages to watch and try at home. The latest video really caught my attention. He makes a digital microscope out of a cheap webcam, a cheap light and some cardboard.

The “This Old House” YouTube channel is kind of hit or miss for me, but their recent video about diagnosing a plumbing problem was pretty enlightening.

And for the third video, let’s stay with This Old House because if you ever need to paint a window, you’re going to want to know about this trick for masking off the glass.

This first video is actually two videos. Sneaky. The one embedded below is a series of physics riddles. Watch it first and think about your answers. Once you feel good about your answers, what this video to see the actual answers. I only got two right (and one was little more than a lucky guess.)

Mark Rober is the world’s most awesome uncle and he’s done it again with an awesome Hot Wheels video. Elijah loves his Hot Wheels track and I want to show this to him, but I don’t think he’ll understand that it’s not totally real. He’ll spend the next month asking me for enough track to fill up our whole house.

And finally, I’ve never thought about how ravioli noodles are made, but now that I’ve seen it done, it seems like it could be a fun project. I’ll add this to the list of things to build if I ever get a lathe.

Destin over at Smarter Every Day posted a great video with a guy who can talk backwards. They test him to see how different activities affect his ability to talk backwards. Destin is also the co-host of a good new podcast called No Dumb Questions.

This next recommendation is really an entire channel: The Q. These videos show how to make some fun machines with common household items. His main materials are cardboard and hot glue. For example, here’s a robotic arm made from simple syringes and cardboard.

How many do think are in Australia herding cattle with a HELICOPTER? 10? Well, according to this article, 10 of them die every year. This looks very effective… and completely crazy.

Colin Furze is blowing up YouTube. Almost literally. I recommend that you watch almost all of his videos, but here’s his most recent one. He made a giant fire tornado with fireworks on top to celebrate hitting 4 million subscribers to his channel. Tim, I expect something like this at your next Fourth of July party.

Matt Cremona is an accomplished woodworker, but he’s been spend the past months building a giant bandsaw mill in his back yard. This is a big step up from the chainsaw mill he used before. After cutting some “smaller” logs, he was finally able to load test it with a 53″ cut. The saw didn’t even bog down. If I still lived in Minneapolis I’d be excited to visit Matt and buy some wood from him. It’s probably not economical to drive from Seattle though.

As part of Elijah’s bedtime routine, he gets to watch a few minutes of YouTube. Originally it was usually something like a music video from Caspar Babypants but now he just asks for something and we pull it up. For the past few weeks he has been asking exclusively for Lego videos. That’s how we stumbled across a YouTube user called JANGBRiCKS. He’s a full time YouTuber and he spends his time working on his enormous Lego layout and reviewing new sets that come out. Most of the videos are too long for Elijah’s bedtime, but I’d be lying if I said I hadn’t continued watching them after finishing putting Elijah to sleep.

Bad Lip Reading makes it into the list again with a recap of the NFL for 2017. “My brain is so loud.”

Adam Ruins Everything is apparently a show on TruTV, but there are a bunch of clips on YouTube and that’s how I’ve been watching it. Learn why that electric car might actually be worse for the environment than a regular car and why that lady who sued for hot coffee from McDonald’s isn’t as crazy as you probably think she is.

The White Rabbit Project is on Netflix, not YouTube, but it might tickle your fancy if you liked Mythbusters. Tory, Kari and Grant are back together again and they are sort of testing myths but it’s a little different format. It’s not as good as Mythbusters, but if you liked those three, this is at least a good one to have on in the background while you do other things. 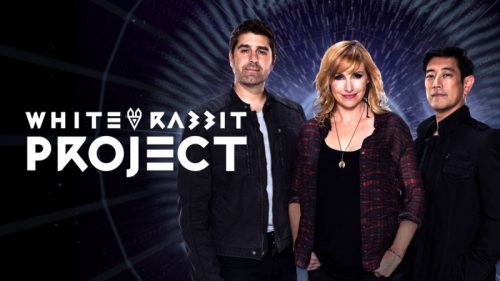 Did you know that you can hop on YouTube and get a live stream from the International Space Station? The future is NOW!

Matthias Wandel is an engineering wizard and he recently posted a video showing how to make an air engine out of wood. This one got added to my (very long) project list. I’d love to attempt it some day.

And this last one isn’t a specific video but rather a whole series. For the past few months, Matt Cremona has been building his own enormous bandsaw mill in his back yard. He readily admits that he had very little prior experience and just learned it all from the web as he went. I love that all this information is available! I’ll embed a video showing him operating the finished product, but you can checkout this playlist to see the whole process.

Let’s dive right in. Nachos on the grill? Yes please.

I’ve only recently started digging into the back catalog of the crew at Bad Lip Reading. There are so many fantastic videos on that channel, but here’s one of my favorites from The Hunger Games.

This last one isn’t on YouTube, but it’s one of the funniest things I’ve seen in a long time. I rarely laugh out loud when I’m watching something alone, but while I watched this one I was laughing so hard that I was crying. It’s episode 4 of The Grand Tour. This is the new version of Top Gear with Clarkson, May and Hammond. The whole season has been fantastic but this was my favorite episode so far. If you have Amazon Prime, it’s free to watch. 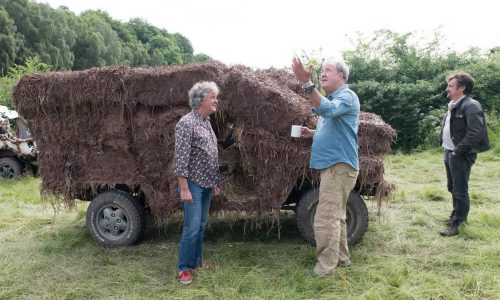 Destin gets some very cool opportunities as part of his job and the Smarter Every Day channel. Thankfully he shares them with us! I’ve always wondered what it would feel like to pull a loop in a jet but I never thought about the feeling of making the inputs into the plane to get that loop to happen.

It’s hard to not use the Modern Rogue channel as all three of my videos this week, but here’s one of their best videos. Don’t try these at home. Especially if I’m around.

Bob Hoover is one of the greatest pilots the world has ever known. Check out this old video of him pouring an ice tea while performing an aileron roll… and oh yeah, the back of the plane was full of Generals.

In this first video, Jimmy Diresta makes a custom key for a very old lock. It’s a pretty cool way to resurrect something that would otherwise be garbage or decoration.

Matthias Wandel is not your typical woodworker. He uses wood to build precision tools and instruments. If you have an engineering mind, you’ll probably enjoy his channel. Here’s a recent example where he builds a small engine out of a solenoid.

I’ve followed Brian Brushwood for a long time but I’m a little late to the party on his Modern Rogue YouTube channel. It’s full of great videos and here’s one great example. I really want to try out this method for making a hologram out of some old CD cases and a phone.

The first video is look behind the scenes at some of the special effects in the most recent Star Wars movie. Some might say that this ruins the magic, but it just enhances my appreciation for the movie.

Zane Lamprey is still making great videos on his channel. They aren’t all about traveling or drinking. He made one recently full of cute little animals.

Frank Howarth’s YouTube woodworking videos are well-known for his use of clever time-lapse photography and incredible turnings on the lathe. This video encompasses both of them and while I haven’t been completely enamored with his CNC use, this bowl does turn out beautifully.