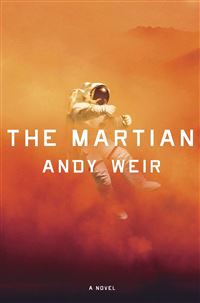 I’ve been reading some fantastic books lately, but I realized that I haven’t written a lot about them. The three best ones in the last year or so are:

1) The Kingkiller Chronicles by Patrick Rothfuss – I’ve already written once about this trilogy. The only negative point is that the third book isn’t finished yet and the first two were so good that it’s almost physically painful to wait for the third one! I heard someone say, “If you haven’t read these books or you didn’t like it, then you’re not my friend.” I won’t go quite that far, but this is one of my top three recommendations right now. You can listen to an interview with the author on the Triangulation podcast. (2,581 four and five star reviews on Amazon)

2) The Martian by Andy Weir – Technically I suppose this is sci-fi but it’s set very close to present day and is based on as much current science as possible. Tiny spoiler but in the first page or two, you realize that an astronaut gets stranded on Mars (they think he’s dead) and then he has to try and survive. It’s a bit like Robinson Crusoe on Mars. You can listen to an interview with the author on the Triangulation podcast. (4,271 four and five star reviews on Amazon)

3) Mistborn Trilogy  by Brandon Sanderson – This one is the most heavily fantasy/sci-fi of the bunch but it’s another solid recommendation. The basic concept is that there are a small subset of the population that can use various ingested metals to have a single simple super-power and an even smaller group can use all of the super-powers. The setting is a pre-technology world with an evil overlord and there are rumblings of a revolution which most people think is impossible. If I didn’t have so many other pressing responsibilities in my life, I could envision binging on three straight books. Fantastic storytelling! (980 four and five star reviews on Amazon)

If I had to pick just one book to recommend, it would probably be The Martian because it probably appeals to the broadest swath of readers. Or you can just wait a few years for a movie to come out. After the success of Gravity, I don’t see how they won’t make a movie of The Martian. Do yourself a favor and read it now.