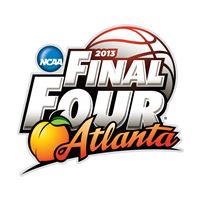 The NCAA tournament starts this week! The teams have been picked and it’s time to pick your brackets. This is an annual tradition on Studio711 and if you’ve never participated, consider giving it a shot this year. Everyone should play even if you’ve never watched a basketball game in your life.

And remember that in addition to TV coverage, you can watch every game live and recorded at http://www.ncaa.com/march-madness.

Good luck! Let’s see if Logan can defend his title this year.