Tyla, Elijah and I flew back to Indiana for Memorial Day. This trip was planned around the Indy 500. I lived a few hours away from the race for most of my life but I never went to the race. This year, I decided it was time to change that.

In it’s prime in the 90’s, the race drew 400,000 fans making it the biggest single sporting event in the world! There were some issues with the series, but the event still gets about 200-250,000 visitors each year. With so many people going to a single location, Dad, Luke and I decided we would get there early to fight our way through traffic. We planned to arrive at 9, three hours before the race started, and it worked out quite well. We had very little traffic getting in and found our reserved spot in the North 40 parking lot.

We killed some time walking around and a bit of the track and into the infield. The track is HUGE. It’s 2.5 miles per lap so we obviously didn’t explore very much of the overall festivities.

We arrived in our seats about a half hour before the race started with a cooler full of water and beer, and a backpack full of snacks. We also each rented the FanVision devices which combine driver radio scanners, TV broadcast, and headphones/hearing protection. It’s a great way to keep up with what’s happening in the race.

The weather was perfect making for a great race day. It was between 80 and 85 with not a cloud in the sky. Thankfully there was a breeze throughout the race to keep us from getting too hot in that mass of people. We stayed in our seats for the whole race (most people did) since it was a lot of work to work our way to the aisles.

The race was awesome. I can’t do justice to the sights and sounds of cars traveling in excess of 230mph and doing an entire 2.5 mile lap in less than 42 seconds. I actually felt a little queasy for the first quarter of the race and I think it was a combination of the hot sun and the fact that seeing cars move that fast just doesn’t make sense when you see it.

Watching on TV gives you a better view of the strategy involved in the race, but being there in person gives you all the emotion of the race: screaming fans, roaring engines, cars whizzing by, etc. It was an experience I’ll never forget! We sat near the top of the stands in Turn 3 which gave us a great view all the way from Turn 2 through Turn 4. The more expensive seats are on the front stretch, but I think we were all happy with our choice. Remember that if you buy tickets for a race, the higher you sit, the better your seats!

When the race ended, we took our time getting back to the car (not that we had much choice with the sea of humanity trying to leave). Instead of starting our car and moving a couple feet every 10 minutes, we fired up the grill and cooked some brats. That worked out perfectly and by the time we were ready to leave, the traffic was just dying down enough for us to get out without much trouble.

Our ride back took a little longer than planned because we got a flat tire. That’s normally not a problem for a car full of three guys but the safety cable that straps the tire to the bottom of the car was rusted on and we couldn’t get it off. Someone who lived nearby finally stopped to see what was going on and came back with just the tools we needed to get it loose. The rest of the drive was uneventful.

I’m so happy with how the day turned out and thankful that I could experience this. Thanks to Dad and Luke for going too! And thanks to Tyla for watching Elijah all day while I was playing! All that being said, this was more of a single experience than something I want to do every year. It’s great to try but I don’t need to do it regularly.

Photos and video don’t do this justice but it will at least give you a taste of what we saw and heard. 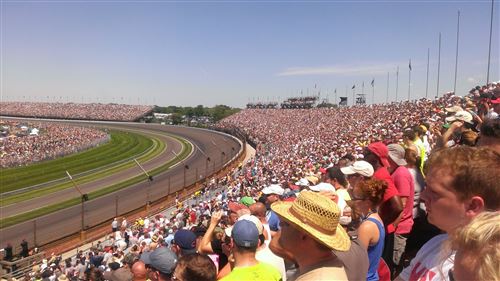 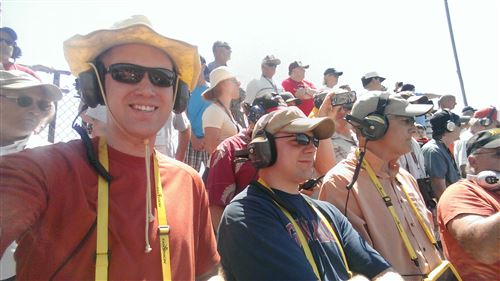 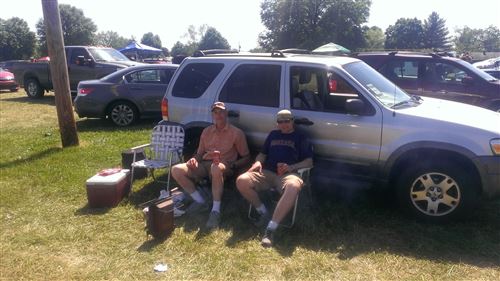