Every year since Tyla and I met, we have purchased a new Christmas ornament at some point in the year. (And every year I write a blog post that starts with a sentence like that.) This year we took two vacations and bought an ornament from each one. The first was a trip to Great Wolf Lodge and the second was our weekend in a caboose. The Great Wolf Lodge ornament was pretty easy since they had a gift shop full of choices, but for the caboose I had the idea to go on eBay and buy an HO scale version of the caboose we stayed in. It’s not exactly the same caboose number, but it’s the same generation and I’m not a train nerd so that works for me. I’m sure I enraged some of those train nerds when I drilled a hole through part of the caboose so I could hang it from the tree. 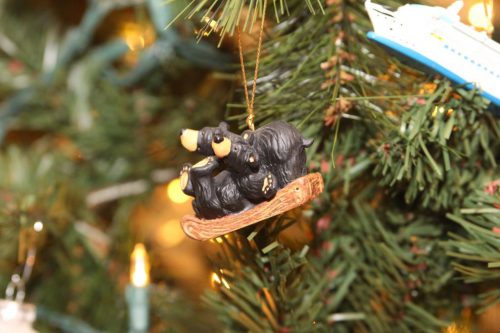 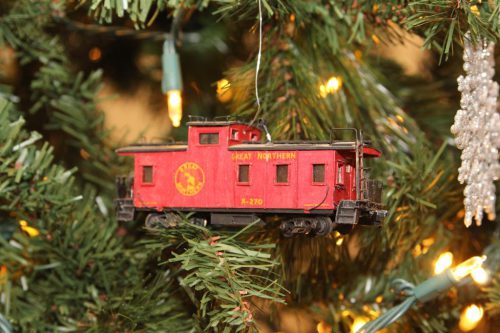