To save some money during our bathroom remodel, we decided to do the painting ourselves. The contractors left three months ago, but it took us a while to get to the painting. But now it’s finally done! We were shooting for a straight gray color but it definitely has a blue tint to it now that it’s on the wall. It looks good though.

I also had to paint the ceiling (white) because of some drywall repair they did when installing the new vent fan. That turned out to be a bit tougher than anticipated because of the sky light. It’s really hot up there when the sun is shining!

The last piece of the puzzle is some kind of drape or valance for the window. Tyla had one picked out but when we put it up, we decided it was a little too short so we’ll look for something else. 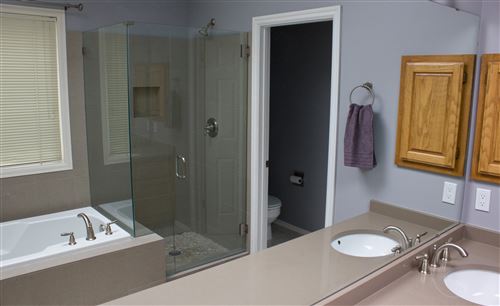