After seeing this helping tower on Amazon, I thought it would be perfect for Elijah. He loves to see what we’re doing up on the counter or what I’m working on at the workbench in the garage. But $200!? That seemed a bit crazy and I figured I could build it myself. I was going to start designing some plans, but then a quick search landed me at Ana White’s awesome website. She has very nice plans for a tower that’s very similar to the one at Amazon. A quick trip to Home Depot for some wood and I was off and running.

The build went pretty quickly. The only part that was a little tricky was that I decided to add hinges so it would fold flat for easy moving/storage. I had to do a couple assembly/disassembly cycles to get the pieces all cut right so it would open up square and not bind. After that it was time for sanding and a few coats of polyurethane.

This was my first build using a new brad nailer and it was a huge help. I told Tyla it almost feels like cheating! That feeling was diminished by my lack of skill as I continually shot nails out the sides of my pieces, but I’ll get better with practice.

Elijah LOVES his tower. He immediately figured out how to climb up and the highest setting for the platform is perfect for him. As he grows, the platform is easy to remove and insert at a lower rung.

Remember that $200 tower on Amazon? My bill was $21 for wood, $18 for hinges and then a little sandpaper and polyurethane that I already had laying around. $39. BAZINGA! 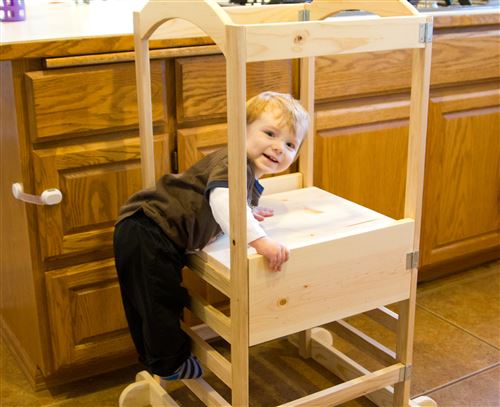 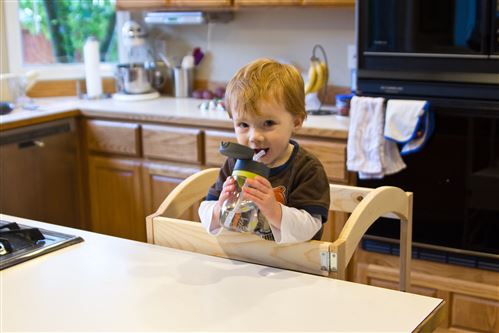 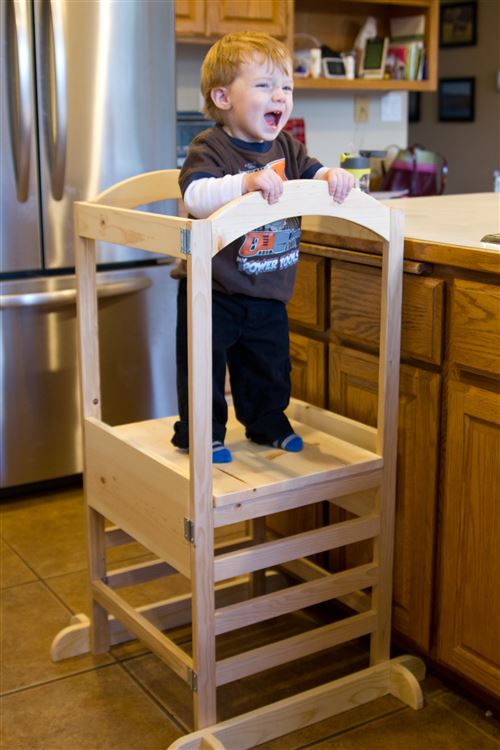 P.S. I don’t know if you can see it in the photos, but Elijah had just come in from playing in the dirt and I missed a spot right on the bridge of his nose. Ha!