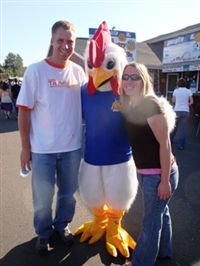 The Puyallup Fair is back in action. When your website is “thefair.com” you better have your act together. Last year over 1.2 million people visited the fair in 16 days! On Saturday, 127,837 people walked through the gates and I think we (Tim, Chelsea, Brittney, Tyla and I) sat behind every one of them in traffic. I think we were all a bit crabby by the time we finally arrived, but that was quickly erased by the fun of the fair. We saw oodles of animals, rode some rides (Ferris wheel and swings for Tyla and me!), and ate deliciously terrible fair food. I wish I had a better picture to show just how big this place is but the one from the top of the Ferris wheel will have to do. It only shows part of the fair though. The fair overs 160 acres. That’s 30% bigger than Six Flags Great America! Over 1900 people are hired every September to work the fair. GINORMOUS.

When night fell, we entered the concert area to watch the guys from the American Chopper TV show. The OCC band started off the show with some rock and roll. Tyla and I weren’t too interested in them so we walked down to see some of their bikes that were on display. After the band played about six or seven songs, the main show started. Mikey came out and riled up the crowd by passing out tshirts and whistles. He was the referee for a bike building match between Team Senior and Team Junior. At the last show in upstate New York, Senior won so Junior’s team was looking for revenge. The bikes were obviously preassembled (ie. the front forks, handlebars, and front wheel were already put together) but they still had to do a significant amount of work to put them all together. Junior ended up firing his bike up first. Senior was furious (not an act!) about the shoddy workmanship on Junior’s bike. Pieces were loose all over the place but finally Senior’s team conceded and headed for the dunk tank. It will be fun to see how they cut it all up for the TV show in a future episode. All in all, it was interesting to see them and see the bikes in person, but if you aren’t a fan of the show, don’t go. It was only fun because we knew the personalities of the people on the show. I’m glad I went but I doubt I’d go again. 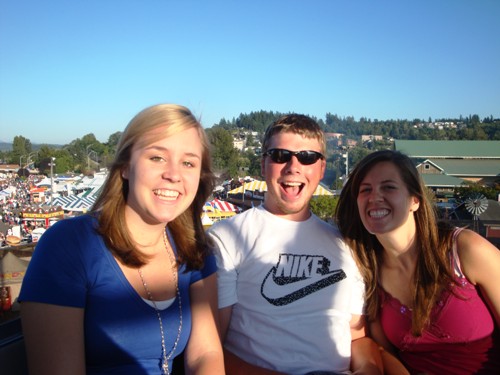 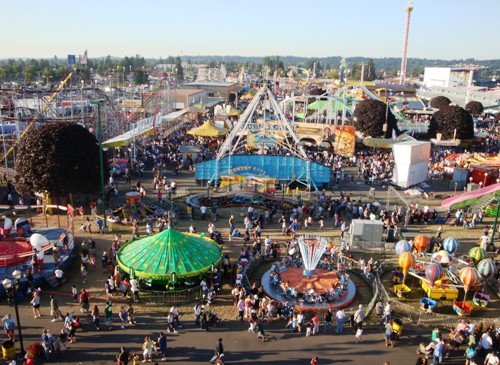 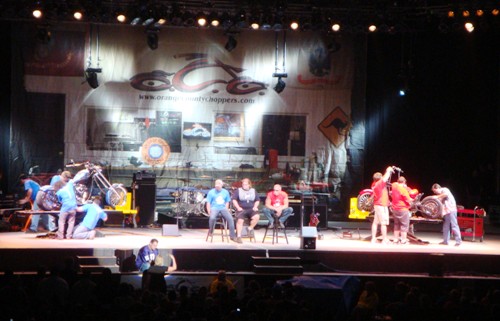