The Seahawks have sure had a lot of tight games this year. And my super-informed 8-8 prediction proved to be quite pessimistic. 10-6 is way better than I dreamed after their roster took such a big hit. Kudos to Pete Carroll and crew! I wonder what’s they’ll do in the playoffs. They looked great against a Chiefs team that was much better by the numbers (but maybe the loss of Kareem Hunt will destroy them), but then the Seahawks had a tough time with the Cardinals who have the worst record in the league. 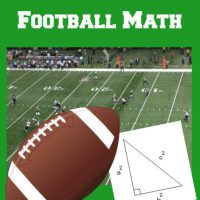 Anyway, let’s check out our own league. I’ve long theorized that to make the playoffs in our league, you need to be actively looking for new players throughout the season, but I had no proof. Or maybe that’s just my approach and the key really is a good draft? So at the end of this season, I wrote a program that grabbed our roster for every week and the number of points scored by each player.Here are the stats that I came up with…

How many non-bench points were scored by players that were on the roster in week 1?

How many week 1 players were still on the roster in week 16?

How many different players were on the roster throughout the season?

Which free agent acquisitions averaged the most points per week? (Top 10 by Points Per Week descending)

I don’t really know what to make of this. In general, it does look like a good draft is a big help, but it’s not critical. There does seem to be a correlation between the number of roster moves and your ability to make the playoffs.

Do you have ideas for similar stats to investigate?