Bob Claggett runs I Like To Make Stuff. He has weekly posts with great projects that are achievable for the common man. Those projects span woodworking, electronics, 3D printing, model making, and much more. It’s one of my favorite YouTube channels.

Bob also hosts a weekly live stream on Twitch where he works on a project and chats with people watching. It’s a fun way to interact and see what he’s working on outside of his videos. On Twitch, there is a way to send the content producer some money. It’s basically like a tip jar. On Bob’s channel, whoever puts in the most tip money during each stream gets a custom badge cut out on his laser cutter. A couple weeks ago, I was the winner. If you start watching around the 1 hour 58 minute mark, you’ll see my donation and short battle with another user who was trying to win too.

And then the video concludes with him cutting out my custom badge. It arrived a few days later with some extra swag thrown in. Thanks Bob! 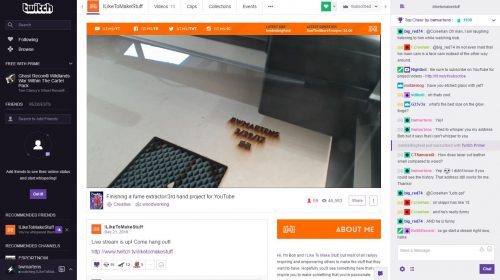 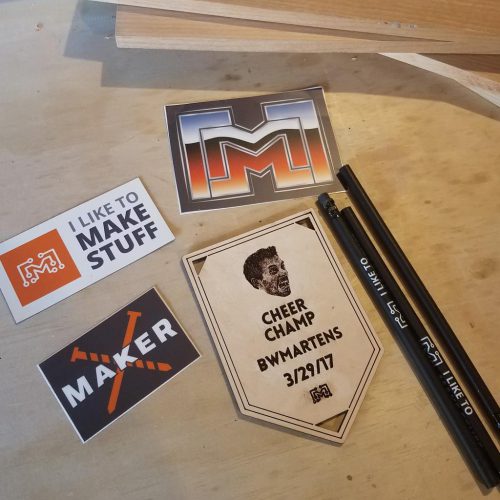 For the curious, that donation only amounts to $20. I figure if I was in the Atlanta area, I’d be happy to buy him a 12 pack of beer for all the knowledge he’s given me so I just did it virtually.