Our house was built in 1990 and had the dreaded Louisiana Pacific siding. (Detailed explanation from a home inspector site.) The siding was only warrantied for 25 years and when you throw in the major defects in the design, we had large areas of our house that were really bad. We also needed new paint so it seemed like a good time to bite the bullet. Some of our neighbors have done partial replacements of the bad areas, but we’re hoping to be in this house for quite a while and I don’t like future problems looming over me, so we decided to do it all at once. We ended up going all out and adding full window replacement to the job as well. It really increased the total price, but it’s cheaper to do it at the same time as the siding versus doing it later. The windows were original too and we had a tough time even opening some of them, not to mention dealing with mold from all the moisture that accumulated inside, etc.

It’s hard to even get a contractor to call you back, but I got two bids and chose the lower priced one because multiple neighbors had a good experience with him. The job was supposed to start the first week of April and finish mid-May. The actual job started in early May and finished in … August. Ouch. We had a dumpster and port-a-potty in our driveway for a very long time. They say a job has three levers: quality, schedule and price. You get to pick two. Price and quality were our top concerns and that’s what we got. I’m very thankful to the contractor for not cutting corners when our job took way longer than expected.

If you drive past, you probably don’t notice much different about the siding (except that it’s clean!) However, I smile now as I walk around the house because I don’t see swollen, rotting siding. And it’s wonderful having windows that open with just a finger or two. But possibly my favorite thing is knowing that we don’t have this huge bill looming in our future. It was something that had to be done before we sold the house (or take a big hit on the sale price).

Now that the contractors are gone, I have a huge work list to complete to rehab the yard, but I’m excited to dig into that (pun intended). Much of it has been going well and I’m surprised at how quickly the trampled grass and bushes have been recovering. 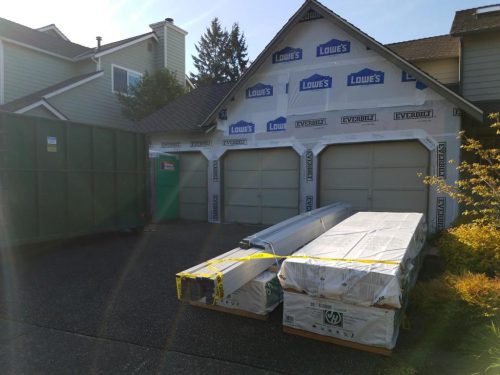 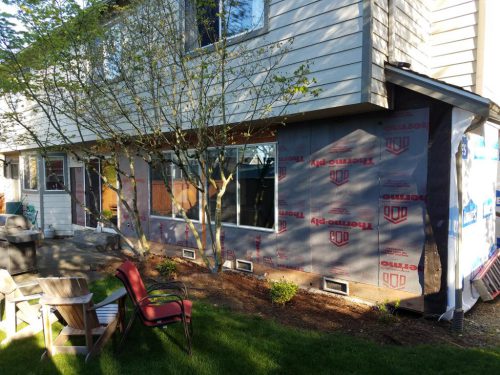 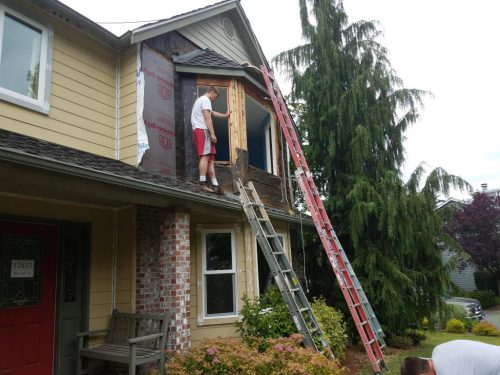