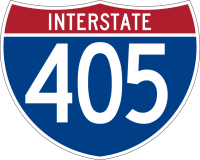 We live right off of I-405 so we have been living with the enormous construction project for years. However, it’s slated to finish this fall and some of the details about the new traffic flow are starting to come out:

I’m interested to see how much the extra lane helps traffic. Having the defined entry and exit points should help keep the traffic segregated a bit. For example, there’s no entry point right at 520 which will hopefully reduce some of the congestion as 520 drivers merge onto 405.

I do wonder about the sensibility of adding an extra HOV lane instead of regular lane. I really hope that it’s being done because this actually reduces commute times for everyone and not as some environmental action to try and force people to carpool.

Thankfully I have multiple routes that I can take to and from work. 405 is just one of the options. With almost 200,000 people traveling this stretch of road every day, I’m sure I’m not the only one who is eager to see how this is going to turn out.