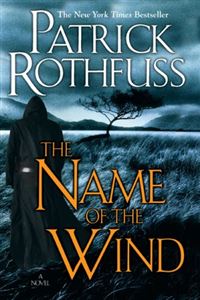 Looking for a book to read? I just finished the first book of the Kingkiller Chronicles and immediately started on the second one. It’s something like a cross between Harry Potter for adults, but that isn’t really fair to either series. Patrick Rothfuss is the author and he has spent a decade polishing these books and it really shows. The world is extremely intricate, but it’s not overwhelming. The story is engaging, but it’s easy to follow along. If you’re at all interested in the fantasy genre, check this out. And if fantasy isn’t your thing, don’t be put off by the sterotypes around the genre. While there is magic in the book, it’s used as a tool in the story, not as a main focus that keeps getting beat to death.

Leo Laporte interviewed the author on a recent episode of Triangulation. It gives a nice background into Patrick’s thought process behind the books. At the end they apparently start talking about the book, but they warn of major spoilers so I’m going to listen to that after I finish the second book. Hopefully it won’t be too much longer until book three launches because I know I’ll be itching to continue the story after I finish book two!