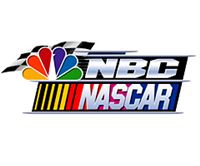 For the past few years, the NASCAR season has been split across three networks: FOX, TNT and ESPN/ABC. FOX does the best job and TNT coverage is a joke. When we adjusted our cable package, it meant that I wouldn’t be able to watch the races that were on TNT or ESPN. However it looks like that will be changing. In 2015, FOX will get the first 12 races and NBC will get the last 24 races. That means no more TNT or ESPN. I think that’s a win for the sport both because it means fewer changes of network and it drops the two worst coverage teams. Hopefully NBC can put together a good team. It will also give them something big to show at the end of the season when CBS and FOX are running NFL games and will be a big lead-in to their Sunday Night Football games.