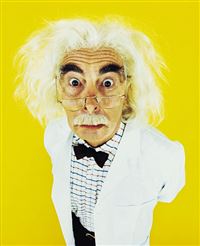 There have been a lot of surprises and lessons learned from being a first-time parent. One of the biggest that I keep coming back to is how impossible it is to apply the scientific method to parenting. The scientific method basically says that you ask a question, do some research, construct a hypothesis, test it with experiments, analyze your data and then draw conclusions. Surely solving a parenting challenge could be approached the same way?

In theory, yes, it would work, but when you’re only dealing with even just one kid, the problems come at you so fast that it’s impossible to isolate one problem at a time and experiment with solutions. Your child isn’t sleeping well? Try making the room warmer or colder, putting him to bed sooner or later, feeding him more or less during the day or at night, sleeping with white noise or without noise, and the list goes on and on. The first night you pick one experiment and try it. Ok that didn’t work. But before you can try the next experiment on your list, you have a new set of problems like your kid missed a nap or your kid is teething, etc. The experiments start compounding until it feels like you’re just struggling to keep up, much less making any progress on the problems. And even if something you try does work one day, it doesn’t mean it will ever work again. Or just because it didn’t work today, it doesn’t mean it won’t work tomorrow. Instead of driving the boat, it’s easy to feel like you’re getting dragged behind it.

So far the only “solution” I’ve found is to just go with the flow as much as you can. Pick your battles and let the rest slide. Ignore the mountains of “advice” that come from every book, website, and Facebook post and do what you need to do to survive and raise a healthy, well-behaved child. If you succeed then you did it right.