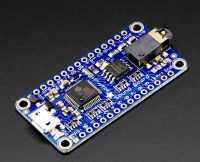 Elijah has been watching reviews of Lego Star Wars sets and decided he wanted to be “R2-E2” for Halloween. He came up with that all on his own! Instead of buying a costume, I decided to make one with him.

We bought some cardboard boxes from Home Depot. They sell some heavy duty boxes which thought would work well for the body to keep it from falling apart so quickly. We kind of made it up as we went and eventually we ended up with a body that had arm holes and a head hole. I fashioned a box for the front to hold his candy and also gave him a head. We covered the whole thing with a metallic silver spray paint.

Then came the fun part! I bought some inexpensive electroluminescent wire and an Adafruit Audio FX Sound Board. I wired the sound board up to some arcade buttons and placed those on the front of his costume. He ended up with 6 buttons that he could press to make various sounds. For a speaker, we used a battery powered bluetooth speaker that we already had (it also had a line-in) and I powered the circuit board with a USB battery pack.

The end result was a fun looking costume that lit up and made sounds. It was a quite a hit and he loved showing it off. That excitement was tempered a bit by the fact that it was hard to walk up and down steps and a couple times he got overwhelmed by kids mobbing him trying to push the buttons. All in all, I’d call it a win but he said he wanted to have a simpler costume next year. 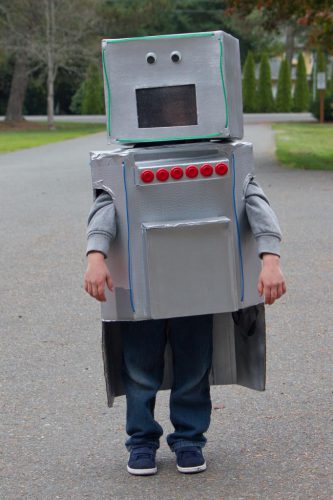 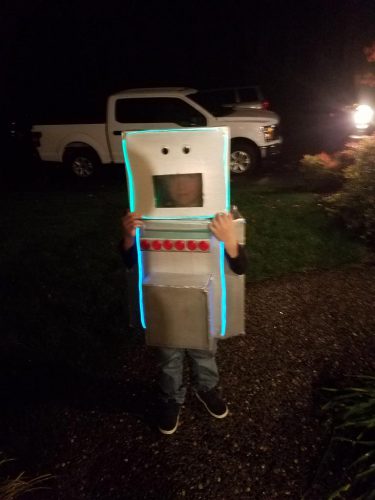