Tyla’s first birthday surprise this year was staying a night at Treehouse Point. It’s a local bed and breakfast made up of a bunch of individual treehouses. It’s pretty difficult to get a reservation, but somehow I got lucky and snagged a spot in the Bonbibi which is their newest treehouse.

Our room was barely bigger than a double bed (or was it a queen?) but it was exceptionally nice inside. There was power and a small heater which we obviously didn’t need. We spent the evening relaxing down by the river and reading our books.

At breakfast the next morning, we were chatting with one of the lady’s who works there. She said that Animal Planet has been on site quite a bit lately filming for a new reality show called Treehouse Men. The guy who builds the treehouses is apparently quite famous in the treehouse community and the show features his work. I think that the facility also serves as a school for people who want to learn to build these structures. It could be an interesting show so you might want to check it out. It’s currently scheduled to air on 8/22 after the finale of Tanked.

It was a very unique night and we both thoroughly enjoyed it. If I had to nitpick I’d say it’s unfortunate that they are so close to a fairly busy road. It would be more peaceful in a different setting but they can’t very well pack up and move! If you’re interested in staying, you might want to make reservations now. I’d bet they’re going to get a lot more busy once the TV show airs! 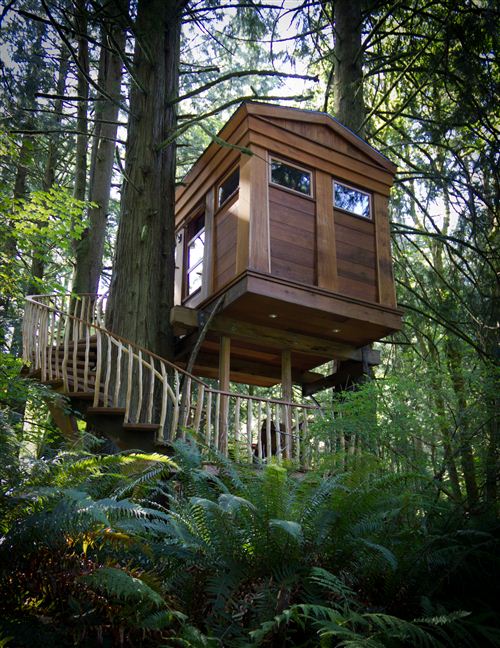 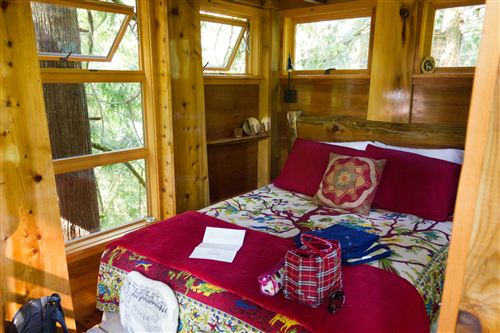