Last weekend, Tyla and I went on the annual Tulip Ride. This was my fifth ride with the group. The only one I’ve missed was in 2011 because we were on our 1 year anniversary trip. The first ride in 2007 was maybe 20-30 people and it has gotten bigger every year. This year the peak count was 162 bikes! The ride started in Redmond with about half the group starting there. We rode up 405 to Tulalip Casino in Marysville to meet up with the second half of the group. A police escort helped get us through all the stop lights up there by blocking of all the intersections and we made our way up to the tulip fields.

The organizer always calls the specific field where we stop and asks them to reserve space for us. He had planned on at least an acre of solid ground for us to park on, but when we got there they had room for maybe 50 bikes if we packed them tight. Tyla and I saw the mess and decided to just keep riding since there weren’t many tulips left and I was getting tired of riding in a pack.

We rode on and had our picnic lunch under the Deception Pass bridge, rode down Whidbey Island and caught the ferry back home.

The weather wasn’t sunny but it cooperated and we only got misted on from time to time. Photos are posted in the photo gallery. Some of them are a little blurry since it was dark and it was hard to take pictures on a moving bike! But it should give you a little idea of the ruckus we caused with all those bikes. Do you ride in the Seattle area? Join us next year! Watch tulipride.org for details. 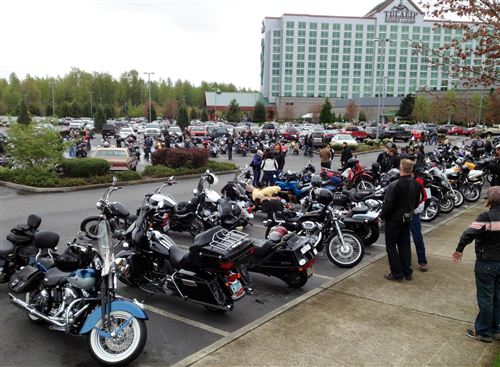 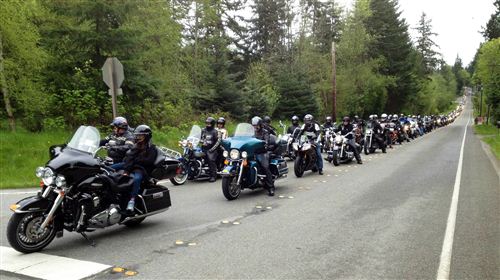