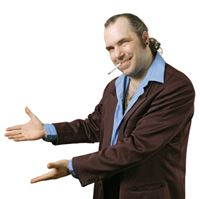 Cars can drive themselves. They’re almost more computer than machine. There are 797 cars for every 1000 people in our country which means there is more than one vehicle for every adult of driving age in our country. Cars are a commodity item and they’ve moved into the 21st century.

But one part of the car experience is still stuck in ancient times: sales. I can sometimes enjoy bartering, but I rarely talk to a car salesman and don’t walk out feeling like I need to take a shower. Their tactics haven’t changed in decades. Go read this (long, but valuable) article from edmunds before you walk into a dealer and then watch the salesguy try the various tricks listed in the book. You’ll switch from feeling like you’re getting hustled to feeling annoyed at the various attempts to hustle you. It’s obnoxious, condescending and rude.

To make things worse, It doesn’t end once you argue about your trade-in and your new car. It continues into the finance guy’s office where you’re assaulted with endless add-ons like coatings for your vehicle, extended warranties, pre-paid maintenance plans, interest rates and much more. Some of the sheets presented are very clever in that they leave off the last option which is to not pay for anything extra. Tyla and I saved a couple thousand bucks after we’d set the price of the car and the trade-in by continuing to haggle on the other numbers, and that even doesn’t include the items we completely refused.

There’s not much incentive for dealers to change their strategy as this allows them to extract maximum profit from each individual customer. Flat rate, no-haggle pricing does exist to some extent. Saturn is famous for this but they still find ways to get you by making you buy extra options you didn’t want, etc. I can’t figure out why this hasn’t swept the nation yet. Maybe we haven’t reached the tipping point yet where there are enough of these dealers to raise awareness. Random studies I found on the internet say that over 2/3 of car buyers would prefer a no-haggle environment. It seems like a pretty big untapped market to me.