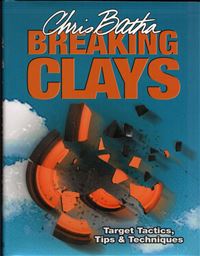 I picked up a copy of Breaking Clays: Target, Tactics, Tips and Techniques by Chris Batha in hopes that it would help with my trap shooting. The first half of the book is an introduction to shotgun sports while the second half covers the various sports and doesn’t spend a lot of time specifically on trap. I did get a few good tips though which are shown below:

The book also taught me where the term “trap shooting” comes from. It started in England when they would place a bird on the ground and cover it with a box. You would move the box, pick up your gun, and shoot the fleeing bird. When people got too good at that, they attached a string to the box and moved farther back. When the sport came to America there was a shortage of pigeons and doves so they switched to the clays instead. In the 1920s, England made it illegal to use live birds in trap shooting.

Don and Logan have me hooked on trap shooting, but before they took me for the first time, I knew nothing about it. Trap? Skeet? Clays? What’s the difference? All I knew was that you had to shoot flying things with a shotgun. Nevermind that I had probably shot less than a dozen shotgun rounds in my whole life. (I had mostly used a .22 and a BB gun growing up.) So I thought I’d write a post about the sport and what it involves.

There are four main types of games: 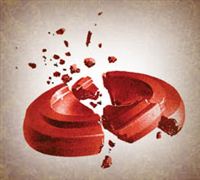 Trap shooting is a big enough challenge for me right now so that’s what we have been doing. In the most popular form of trap, five shooters line up 16 yards behind a target thrower and take turns shooting. There are microphones in front of each spot and when you say “Pull!”, the target flies out. Clay disks are thrown out at ~35mph at one of five angles and you get one shot to hit it. After five shots, you rotate down the line and there are five of these rotations so you get 25 shots per round. The maximum score is 25. Other versions of this game have the targets flying faster. In continental trap they come out at ~45mph and you get two shots to hit the target. In the Olympics the targets fly 70-80mph and you can’t start with your gun on your shoulder!

At our range, it costs about $7 per round for the targets and a box of 25 shells costs $6-7. We generally shoot three games in each trip depending on the crowds.

I’m starting to keep track of my scores to see if I improve over time. Right now I’m wildly inconsistent. I’ve had scores below 10 and a top score of 21 from last weekend. The scores seem to be stabilizing a little bit now that I have my own gun that I can use every time. If you ever shoot a perfect round, you get a patch from the range. I suppose it’s easier than bowling a perfect game but it’s not something I expect to happen for years and years (if ever.)

There are a lot of retired guys at the range, but you do see all ages there and a couple women here and there. Don’t pretend like you know what you’re doing your first time even if you’ve shot elsewhere before, because there are lots of rules. If you violate one, you’ll get tossed out and banned for life. They take safety seriously and you can understand why!

It’s a great sport and I look forward to lots more practice. I’m also checking to see if there are some competitions because everything is more fun when someone loses.

(Why does this feeling like a third grader’s report?)